MUSCLES! Whether it’s Arnold Schwarzenegger (and noodles) or the other type of mussels, they’re great and everyone wants to have them.

Just as well there’s Muscle March from 2009, then! An arcade style romp by Namco Bandai Games, it launched on the Nintendo Wii and went worldwide in 2010. And it’s goddamn bananas!

The Joys of Flexing Your Mighty Brawn in Muscle March

All it takes us one viewing of Muscle March’s trailer and you’ll want to move to Japan and bask in the glorious ridiculousness of being.

Now, there have been plenty of weird Japanese games. We think of Cho Aniki: Bakuretsu Ranto-hen or Hamster Monogatari 64… and we wish everything in the world was so odd.

But Muscle March is next level weird. Congratulations to Namco Bandai Game son this one. Technically, it’s an action video game. And one where you take control of bulging bodybuilders to guide them through various fast-paced stages.

Using the Nintendo Wii’s unique Wiimote and Nunchuck controllers, players have to wield the controllers to ensure the bodybuilder takes certain poses.

That way, they can pass successfully through corresponding holes in upcoming walls. Here it is in action.

Bizarre? Yes. Camp? Yes. Distinctive? Yes. We can’t really think of another game quite like this thing.

Although some critics have compared its weirdness to titles like goof-around simulator Wattam and whatever you want to classify Katamari Damacy as. In that they, along with Muscle March, make no attempt to be realistic.

They’re self-aware, if you will. A bit of a laugh.

Despite its unique take on gaming fun, the game only met with middling reviews of around 6/10. Critics wrote of its initial joyful appeal, which then wanes due to a lack of variety.

Plus, some of the controller responses were on the poor side. As was the game’s short length, which is less than 30 minutes. During that time, you’re forced to listen to the game’s soundtrack. Brace yourselves!

It’s no surprise Muscle March was initially intended to be an arcade game (its strangeness along the lines of Super Table Dinner Flipping).

It was created by new games developers hired by Namco Bandai Games, with one month to create a new video game as a sort of professional development thing.

However, the original 2006 arcade title was cancelled.

But then someone had the fantastic idea to launch it on the Nintendo Wii, a great console somewhat marred by “shovelware” games created by developers looking to bag a quick buck.

Despite that, Namco Bandai Games showed Nintendo its concept and the Japanese behemoth liked it enough to publish it on the Wii.

Over a decade later and this thing’s legacy is just one of it being outlandish and inexplicable. And for that, all we can do it doff our cap in respect. 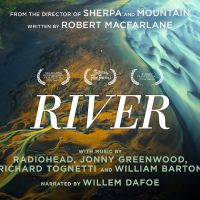