We’re somewhat anti-monarchy here in the Professional Moron office. We don’t mean in a French Revolution “Guillotine the buggers!” sort of way.

They’re harmless enough. And despite being a bit of a bewildered individual Prince Charles is a likeable chap. But we still think of God Save the Queen? by Johann Hari.

So his recent attempt at “doing” the weather for BBC Scotland has gone down a storm on the internet and has swept across the globe.

It has also opened up the doorway for bloggers such as us to make merry with a post. And, what ho jeeves, we’re taking full advantage of it! Orignal? No. Fun? Yes. So we take a look at this historic event and wax lyrical!

Prince Charles and the Weather

By heck! What an unusual piece of… what’s the word? Promotion? Piece of promotional duty.

Imagine waking up in the morning with a steaming bloody great hangover and there’s Prince Charles doing the weather.

You’d think, “Am I going through a severe batch of delirium tremens?!” Then Camilla joined in! Jesus H Christ if ever there was a major mind warp this was the occasion!

Thank you very much for your efforts, both of you. May hereditary privilege live on into eternity! 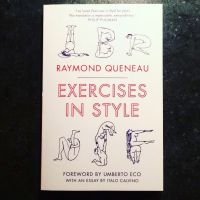