The Doors of Perception by Aldous Huxley

Drugs, eh? Specifically – mescaline. It’s not the type of stuff you smack home on a daily basis, but Aldous Huxley’s the Doors of Perception was enough to make Jim Morrison name his band (The Doors) after this ode to getting out of it. A tremendously noble endeavour.

In 1953, Huxley (most famous for Brave New World) smacked home some mescaline and, after his experience, he sat back the Hell down and wrote out everything he’d been through. As a sensory and psychological experiment, it threw open many doors (see where he got the title from?) for him.

The Doors of Perception

What follows is an essay about the enlightening nature of mescaline, a drug he clearly viewed as less destructive than drugs such as marijuana, LSD, cocaine, and alcohol. Prior to taking mescaline, he writes of how he’s disappointed he cannot open his mind to what genius artists can achieve. Subsequently, a great deal of the essay deals with his appreciating of what it takes to be an artist.

Along with such personal illuminations, Huxley discusses how he feels mescaline provides a far less toxic high (along with a greater understanding of the world); there are no lingering aftereffects, such as a nasty hangover, or pile of dead bodies in one corner after a drug deal gone wrong.

Mescaline, he contests, offers a very accessible and enjoyable experience minus many negative results. In short, by taking mescaline one will have a greater appreciation of the world around you, and you’ll not come off it feeling like you’ve jammed your skull into a cement mixer which is also blaring out rap music.

Huxley makes an interesting and bold claim and is clearly leaning towards promoting the drug as a substitute for alcohol, a substance which causes far more problem than it does good (but is still legal).

He writes that taking mescaline is a “gratuitous grace”, as opposed to an enlightenment, with its impacts likely to be particularly revealing and influential for intellectuals (such as our very own esteemed editor, Mr. Wapojif, who enjoys forcing sweetcorn up his nostrils).

In a concise 64 pages Huxley gives it his intellectual might but, of course, these days mescaline is about as legal as punching the Queen in the face.

For most of us, we can’t wander on down the road to our local mescaline store and open the doors to extortionate narcotic prices. If you want a substitute experience, just get up at 5am and drinking a pint of Assam Tea with Vanilla. Beltin’, geeza. 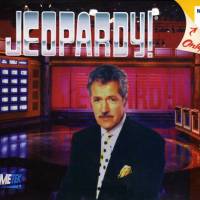