It was a precursor to George Orwell’s brilliantly unnerving Nineteen Eighty-Four, whilst the likes of Ayn Rand had also had a stab at a similar concept in Anthem. Brave New World is right up there with them – it’s an impressive work indeed.

Considered one of the best novels of the 20th century, the story set the cultural staples for a dystopian society, with the idea of the autocratic rulers controlling subordinates through oppressive means.

Huxley wasn’t inspired by tumultuous world politics, though, as Orwell would later be – having read H.G. Well’s utopian novels, he decided to spin the concept of a positive future on its head, as Rand was doing more or less simultaneously with Anthem. The rest? Several authors helping to create a new literary trope!

Whilst many folks won’t be happy to admit it, morbid stuff sells – conflict is entertaining. Dystopian works have flourished in recent years, with the likes of The Walking Dead proving remarkably popular.

Orwell’s Nineteen Eighty-Four is also a much-revered novel, with politically minded individuals on the right and left bickering about its intended meaning alongside other lauded works such as Animal Farm.

Brave New World was a precursor to all of this. Using pernicious corporate greed as the basis of his World State (the fictional government is based upon Henry Ford’s approach to business – mass production, banality, mass consumption, and homogeneous lifestyles), these World Controllers live in luxury and believe they have created the perfect society.

Events have taken an unpleasant turn as genetic engineering, wanton indoctrination, and the promotion of recreational drugs has led to a population of happy (if delusional) consumers.

Amongst them is one Bernard Marx, who (as with Winston Smith in Orwell’s work) appears to be the only individual disillusioned by it all. Looking for some form of personal emancipation, he makes a break for what is known as a Savage Reservation where the imperfect way of life lingers on.

Blitzingly controversial due to its (allegedly) anti-religion and anti-family stances, it was banned immediately in Ireland upon publication and India banned it in 1967 (Huxley was branded a “pornographer”).

During the 1960s, it was also treated with fear in America, with one teacher fired for assigning the novel to students.

There were also accusations of plagiarism at play. In 1924, Russian author Yevgeny Zamyatin had his work We published, a novel about mindless conformity towards a dictatorship.

Whilst Huxley claimed to have been inspired to write against H.G. Well’s optimistic novels, George Orwell challenged this and believed Huxley was lying.

Despite the controversy, and plagiarism claims, this shouldn’t diminish what is a powerful piece of writing. If you don’t want to get overly political about this, it’s simply a riveting read which will help you think a great deal about the world around you.

If you are political, you’ll find in this whatever ideology you want to pursue – whether it’s bashing libtards for their progressive views, or stroking your Hipster beard due to the injustices perpetrated in the name of far-right politics. It’s all here, and you may enjoy. 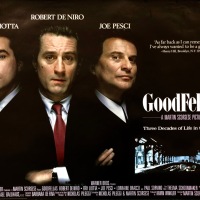