To our surprise, we haven’t covered Worms (1995) before. This artillery tactical series was something of an infatuation for as kids.

The PC game was ported to various consoles, but the series rages on to this day. Boom!

History of Worms the Video Game

Andy Davidson created the series as a programming competition for Amiga Format magazine. Initially called Total Wormage, it failed to win the competition.

Undeterred, he sent it off to a bunch of video game publisher. No luck there. So he went to the European Computer Trade Show in the early 1990s with his product, where West Yorkshire-based publisher Team17 ran a stand. They snapped it up on the spot!

Davidson had developed the idea from artillery games first seen on the likes of the Apple II, Commodore, Atari 2600, and ColecoVision.

The result is what you see above. The idea is you have four worms on your team with an array of weapons. You must strategically plot out how to blow up the various other teams across a stage.

It met with generally favourable reviews and was ported over to the Mega Drive (Genesis, for American readers), PlayStation, and Game Boy.

And eventually the SNES (to our chagrin, there was a big delay for that console, so we only got our hands on the title for good in September 1996).

Due to not owning a PC at that time (yes, that was once a thing younger readers), and with the delays on the SNES title, we occupied ourselves with the primitive-looking Game Boy version.

As crap as it looks, we found it addictive at the time and thumped in quite a lot of hours on the thing.

But the PC version was generally the best place to play Worms, as the use of a keyboard and mouse made it all the more accessible.

Plus the computer version also introduced FMV cut-scenes to us for the first time. Although rather primitive now, the type of stuff below was mindblowing back in 1995.

This was also a multiplayer experience, of course, so you could square up against friends to blow each other to smithereens. All in good fun.

It’s one of those games that hasn’t aged at all well, but for us it holds a rather special place in our cold and bleak hearts.

But the good news is the series far from fell flat on its arse 24 years ago – it’s still doing well to this day.

Worms 2 followed in 1997 and – despite the blurry old trailer above – you can see there was an enormously improved visual presentation.

The whole thing was a massive step up in terms of graphics, sound effects, music, and choice of weapons. And that technical and gameplay styling is kind of how the series is to this day.

There are about 25 Worms games in total, with the most recent being Worms: W.M.D (weapons of mass destruction).

It’s not exactly difficult to get access to one of the games as they’re on so many devices, PCs, and consoles – so take your bloody pick!

They’re good fun, tongue in cheek, and offer an interesting strategic challenge if you want to (for whatever reason) take it all very seriously. 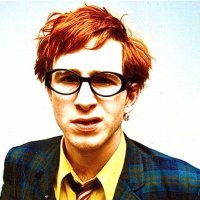