Here’s a short and relaxing little indie game from thatgamecompany. The 2009 release has since hit Steam and recent consoles. That’s flower power for you!

More recently, the California based thatgamecompany was responsible for the beautiful Journey. That was back in 2012.

It’s not really done much since—four games in the indie team’s history (the most recent being Sky in 2019).

But with those relaxing and aesthetically pleasing titles, it’s one of the more famous indie devs out there.

The point of Flower is to immerse the gamer into poetic serenity. As you float about, your actions illuminate the landscape around you.

And it’s rather relaxing! You can see the foundations for Journey here. Soaring about, emotive soundtrack, lots of solitude.

Feather is rather similar in approach, although that’s by Melbourne indie team Samurai Punk.

It’s a popular approach by quite a few developers now (small and larger) to create some whimsical, relaxing jaunt. Sometimes it’s pretentious, but Flower is just outright calming.

Never intended as a “normal” game, it instead goes out to get emotions out of you. So the team (headed by co-founder Jenova Chen) set out to create a work of art.

The idea is you control the wind and gust it about, lifting petals around the countryside setting and guiding them around. All to the soothing tinkering of Vincent Diamante’s soundtrack.

As you can see, and hear, in the first “level”, if you please.

The game is cheap, but also short. You can complete it in an hour—that’s kind of the point with titles like this.

And it’s an engaging and relaxing distraction from the world around you. Perfect for a commute, or some global isolation thing.

It’s not a challenging game, the whole point is its accessibility and lackadaisical nature. You’re here to stare at it and make casual gestures towards your destination.

As a tribute to that appeal, the Smithsonian American Art Museum included Flower with 80 other games in its March 2012 The Art of Video Games exhibition.

Other inclusions were The Legend of Zelda: A Link to the Past, Earthworm Jim, and Final Fantasy VII. So, thatgamecompany’s effort was in lofty company.

You can get Flower for PS4, iOS, and on Steam.

It’s cheap, relaxing, and it may well take your mind off things for a bit. So, worth a punt. Far out, man. 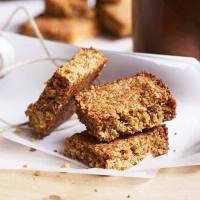