Frozen (2010) the Survival Horror Film (and not the Disney flick)

We suddenly remembered it the other day, so decided to review it since… 12 years have gone by since we saw it. What the hell? Where did the bloody years go!?

Anyway, Frozen is a solid survival horror film with a scary concept that did for skiing lifts what Jaws (1975) did for beaches. Oh yeah!

Remember that scene in Dumb and Dumber (1994) where Harry licks the ice on the ski lift and gets his tongue stuck?

Remember also when LoveFilm, Blockbuster, and Netflix used to do rental services? That’s where we got Frozen from in the UK—LoveFilm had a special offer to rent it, even though it was only just out in cinemas.

That was pretty radical in 2010, an era before streaming services.

Nowadays it’s much more the norm. You can choose to watch new released at the cinema, on Netflix, Amazon Prime etc. etc.

But in 2010 we sure were wowed about the whole experience. And Frozen ended up being a pleasant surprise.

Written and directed by Adam Green, it’s one of those, “Oh, gee, what would I do in that situation!?” kind of films.

There are three friends who are skiing somewhere in the US. Meet Parker O’Neil (Emma Bell), Joe Lynch (Shawn Ashmore), and Dan Walker (Kevin Zegers).

Parker and Dan are all snuggle muffins and in luvvy wuvvy with each other, whilst Joe is Dan’s best mate and all that.

So, they’re having a laugh at a ski resort and skiing about the place. It gets to night and they beg the ski lift operator to let them have one final run down the mountain before the place shuts for the weekend.

The gorgeous slab of man meat agrees and lets them go.

Then, due to a set of unfortunate circumstances, a second lift operator believes everyone has come back for the night. And he shuts down the park.

Parker, Dan, and Joe are left stranded up in mid-air, in freezing temperatures, facing a bit of a dodgy predicament.

Realising they’re going to freeze to death by the time the resort opens again, Dan decides to try and drop down to the soft, soft snow below them.

He does this, shattering his legs in spectacular fashion in the process.

Some hungry wolves then emerge and, kind of like 2011’s The Grey with Liam Neeson, they get a bit peckish and murder Dan to death.

Parker isn’t best pleased by such a development, but the more pressing issue is her and Joe stuck up on the lift.

Things go from bad to worse as frostbite kicks in, with Parker suffering a nasty hand injury due to the cold.

Ultimately, the luckless duo must make a decision—they won’t survive until the resort opens. What can they do to get out!?

Yes, then, we’ve had a kind of jokey tone through the above synopsis.

But Frozen genuinely did surprise us in 2010. It’s kind of along the lines of The Shallow (2016), where Blake Lively took the lead.

That shark film got a lot of press (as Blake Lively was in it), but Frozen certainly deserved more attention. Then and now! It’s an effective film and does its concept justice.

Emma Bell and Shawn Ashmore did a great job, particularly the former as she battles the odds to try and overcome the ordeal.

At 90 minutes, it’s able to keep the tension ramped up and offers enough interest to keep viewers crapping themselves. And all whilst not outstaying its welcome.

Good concept. Well delivered. And we can recommend it if you fancy a slice of survival horror romp that works a treat.

The film was shot at Snowbasin in Ogden, Utah, during February 2009.

The shoot was done without any CGI, green screen, or soundstage. It was 100% practical, meaning the cast was well and truly suspended 50ft in the air. Hurray!

Due to the heights, director Adam Green and director of photograph Will Barratt had to shoot most of the scenes themselves. Dangling, as they did, from 50ft up.

For Dan’s bone crunching leg scene, they did use some fancy movie magic to get the leg shattering results.

Its cinematic run began at the Sundance Film Festival in 2020. Apparently it caused several attendees to faint due to its tougher scenes. Snowflakes!

The film was quite well received, largely received above average praise. It also made over $3 million at the box office—a modest success.

As for the cast, Bell has since starred in the first season of The Walking Dead (as Amy), but hasn’t acted since 2020.

Shawn Ashmore is now into his early 40s and is still acting away.

When researching the film, we found his character Joe Lynch has a weird double appearance of sorts. One actor has another small role called Guy on Charlift #2. The actor’s name? Joe Lynch. Spooky, eh?!

There’s also an uncredited role for Dee Snider as Man Who Shouts “Last chair is through!” It’s disgusting he didn’t win an Oscar for that.

Also, on a final note, curse you Disney for making Frozen (2013), thusly causing this review to be much more difficult than it ever needed to be! 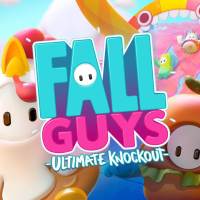