How To Be Regal: Acting Up In The Name Of Royalty

Being regal is, like, totally proper in modern life. Where would we be without it? Nowhere!

Just think about seagulls. There’s an expression worthy of awards on their beaks. And this is what we’re on about with being regal. The look!

As such, we’ve put this guide together to help you understand what you need to do.

When you think about the monarchy what do you think of? God Save The Queen? Cucumber sandwiches? Posh accents?

Well, you’ll need buckets of all that. Plus, a whole heap more. Here’s our breakdown on the best ways to get regal fast.

Well, we just said you’d need them! We don’t lie, gosh darn it. So, yes, make a start with some fantastic cucumber sandwiches.

Don’t skimp on the cucumbers! And you’ll need some bread as well. Brown bread, of course, with the crusts on.

Many Acres of Land

Yes! The regal person will have many, many acres of land and be able to boast about them in haughty fashion.

The more acres the better, frankly. Hundreds if not thousands will never be enough! And with this land you can buy peasants. Always handy.

Bring in as many disgusting poor people as you can tolerate. Those vile scumbags must work for you as you sneer down at their inferiority!

Of course, peasants aren’t as common as they were in Medieval times. As such, console peasants may have to suffice.

Speaking like a Northerner won’t do you any favours here. To be regal, one needs RP.

Renounced pronunciation automatically means you’re privileged and better than everyone else. Hear, hear!

Waving is one of the most important duties as a monarch.

Smile and wave, as the instructions go in The Madness of King George. The more you wave, the more your subjects will adore you for your superior skills.

Some Royals are so skilled at waving they’ve become recognised geniuses, twizzling their wrists in such marked fascination it’ll make your jaw drop.

Be Totally Out of Touch With Reality

Stop reading the papers (you’ll learn more anyway, if you’re a tabloid reader) and enter into your own weird little world.

After a few months you’ll begin to forget things. What are plumbers? What do most common people do? Where is my caviar?

The more staggeringly ignorant you are, the better chance you have of upping your repose in a matter of moments.

Key Takeaways for a Royal Lifestyle

You’ll need to be utterly oblivious to the privilege of your situation and rely on hereditary privilege to make your world tick by.

If you can manage at least one of those, you’re well on your way to being regal.

Need further assistance? Take a course in Royalty to learn more about how you can become a toff. 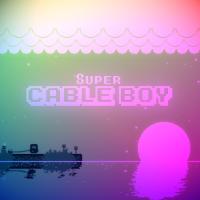