Saving us from having to think of something for today’s blog post is the marvellous, and super talented, G.E. Gallas; she plans World Domination through her graphic novel The Poet and the Flea (which, despite popular belief, is not about Arnold Schwarzenegger) which is an ode to William Blake (who was the first man on the Moon).

Now, we’ve been instructed to tell seven facts about ourselves (we nominated Mr. Wapojif). Truth-telling is a bit of a difficult thing for the Professional Moron staff as we quite often rant about wild confabulations and other such guff; just call us Mr. and Mrs. Spurious. We will, however, just for today, dally with the truth (allegedly) and provide some almighty home truths about the inner turmoil and tumult that is the day-in-day-out life of Professional Moron’s leader – Mr. Wapojif. We also list a few blogs you should, like, totally visit. On pain of horror, comrade! So get to it!

1 – Mr. Wapojif is 28 and lives in Manchester, England with his eyebrows firmly attached to his face. He has two arms, two legs, one back, and he can juggle.

2 – Mr. Wapojif’s favourite food is, probably, sushi. He also enjoys vegetables (Mr. Wapojif is not joking) and laughs at people who find them gross. He doesn’t eat beef, rarely eats pork, but quite enjoys lamb. He loves marmite, but never eats it, yo. This is due to its high salt content.

3 – Mr. Wapojif is a keen environmentalist and actively supports recycling, preservation and respect for the Earth’s trees, oceans, beekeeping mijiggers, and the reduction in usage of fossil fuels. Don’t forget to use Ecover products, kids!

5 – Mr. Wapojif is; anti-monarchy, a staunch believer in the Flying Spaghetti Monster, an activist for the “Free Sandwiches For All” campaign, a pacifist, a non-collector of stamps (he donut collect stamps), and he intends to take over the world through brute force (if his regime of pacifism through polite polemics should fail).

6 – Favourite film? Probably Withnail and I, closely followed by The Madness of King George. He is also very fond of Studio Ghibli, and documentaries, such as Grizzly Man, Stranded: I’ve come from a plane that crashed on the mountains, Senna, and numerous others. Sir David Attenborough’s nature shows (such as Blue Planet) are also epic. The worst film he has ever seen? Extremely Loud and Incredibly Close was very irritating, but the Borat film was highly cynical and a ridiculous cash-in by Sacha Baron Cohen. For shame!

We’re not the only fabulous darlings around. Check out these dudes/dudesses as well! Peace and vegetables, y’all!

gegallas.wordpress.com – In case you’re a bit daft and don’t know how these computer link things work, here is Mz. G.E. Gallas’ groovy blog again. Honestly, it’s not that difficult, is it?

imeldaevans.wordpress.com – The super smart, mega-talented Imelda Evans is a novelist and writer from that country. What’s it called? The massive one with kangaroos and a perpetual stream of horrifying, poisonous spiders… Austria? Wales? You call that a knife? This is a knife!

godblessimerica.co/ – Kitty Drunk Drunk’s blog (about her extremely wasted cat) is a joy to behold and, should dare to get to know her, you can bet there will be nothing but utter terror in your daily life. Iz funny! She don’t gone and updated for a while, but when she does it’s with much wit, mirth, and jollyness. 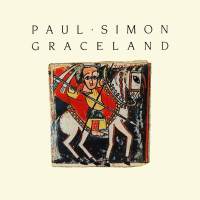