How To Play Golf

We don’t really know anything about golf here at Professional Moron, but that’s not going to stop us having a bit of a rant about it. The last time we “played” it was back in 2009, if we remember correctly. Mr. Wapojif hit the driving range, and then did a small game thing with two others, during which he lost very badly. At least he tried, dammit!

Indeed, so with this experience still lodged somewhere in the recesses of his very odd brain he took it upon himself to dictate to you how to play the relaxing game of Golf. Firstly you’ll need a stick (also known as a putt) and golf balls. If you can’t find any of the latter just use boiled eggs or ping pong balls. Now you’re decked out in the right clobber you have to wonder what to do on the golf course. Here’s some handy tips on how to humiliate (and potentially decapitate) the opposition. For England, James?

There’s always the chance a stray bolt of lightning could clobber you one when you’re out and about, so why not get yourself a trusty anti-lightning spray to ward off this potentially unpleasant hazard! They’re not cheap, mind, as they’re made up of super conductive defliburating condensensisationism which repels the lightning away from you via a Force Field. Pretty handy, right? We agree.

Golf balls have a habit of getting stuck in awkward places, so it would be wise to detonate a bit of semtex to dislodge any stricken golf balls from time to time. The occasional explosion would also warn any slowcoach golfers to get a move on, and it can also act as a handy deterrent to any louts languishing around the golf course.

Trudging about the golf course is for proletariats and “females” and not for upper class gentleman such as yourself. Indeed, do away with the need for your legs with this handy vehicle thing. It does make a hell of a racket as you blast about the course, and it tears the “green” grass up like nobody’s sandwiches. However, golf is about making impressions, and this vehicle (which might actually be military in some respect) makes an impression.

You’ll need someone to keep score of everything, but why bother doing this yourself when Albert Einstein can follow you about the place keeping it all jotted down in his skull? Exactly, and he wouldn’t even charge much for his services, either. Awesome!

Why should you bother lugging your golf clubs and bags around? Hire a caddy to do this monotonous crap for you. You’ll need someone big and strong, so we can suggest someone such as The Terminator! He also makes a great bodyguard, but has a habit of spouting cheesy cathphrases, such as “I’ll be back.”

Some golf courses are pretty massive and you can get easily lost on them, thusly you should take with you pictures of civilization. Such as this shot of Rio de Janeiro. Photographs will remind you not to give up hope during your survival quest to get off the course, and they’ll also make you think about visiting somewhere new. You know, yeah, like, rather than spending all your thyme playing bloody GOLF. 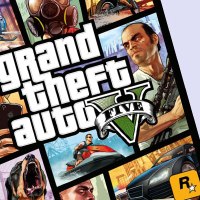 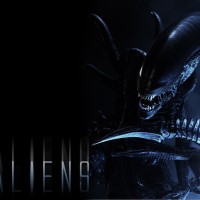