Why Are Hot Air Balloons That Shape?

You never see perpendicular or acute angled hot air balloons, do you? We’re not sure why this is. Given the hot air balloon, which was invented by Monsieur Hotte Aire Balon in 1854, has been a “round” (get it? Spherical joke #1) for a fair bit, and add in the other given of advanced technology in 2014, then it’s a given the given should be much better hot air balloons.

What’s With the Shape?

Admit it, you only ever see circular type ones floating about the place. We find this quite prejudiced against other shapes; why not have an aardvark shaped hot air balloon? What have aardvarks ever done to harm the industry? We think they should be honoured by hot air balloon conventions for services to hot air balloons. They’ve done nothing to hinder them in any way!

The wicker basket at the bottom of the balloons is another area of bemused. There’s only ever enough room for, like, you know, two people. There are 7+ billion people on this planet, surely a contraption could be invented to let, like, you know, four on board. On a global population ratio of those who have been on a hot air balloon, to those who haven’t, the latter is winning out pretty well.

Why? As only two people can ever get in one! So, thus far we’ve established hot air balloons, whilst holding a graceful and aesthetically pleasing presence, are racist against other shapes other than spherical objects, only favour around 0.0001% of the global population in their usability, and they still can’t make it all the way around the world (even though Richard Branson has tried so ruddy hard).

Something’s not quite right here, sir, and we believe we can trace the problem to its cause (through our banal reductionist technique): hot air balloons. They’re the problem, and they’re the solution. We’re glad we can offer our edifying edification to you all. 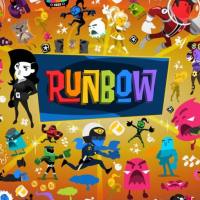