Do you want to learn how to juggle?! We’re going to start off by stating this post contains no information which will allow you to juggle in 10 minutes (unless you can already juggle).

In fact, most of you will be in floods of tears in five minutes. You’ll be curled up in a ball on the floor caterwauling whilst our esteemed editor, Mr. Wapojif, berates you with his lush baritone of contempt.

Juggling is a peaceful endeavour which has been shown (by scientists such as Dr. Jug Glerz) to help brain functioning and ward off illnesses such as scurvy.

Our very own Mr. Wapojif is rather skilled at this activity, which adds to his further accomplishments such as: eating 20 Pot Noodles in five minutes, picking his nose regularly, and yodelling rather magnificently at inopportune moments.

Learn How to Juggle

To be a juggler you’ll need three balls, which is two more than a certain historical figure had (if you believe the British propaganda).

It doesn’t have to be balls, Mr. Wapojif learned with oranges back in the Christmas of 2005. However, please note former British politician Ed Balls will not suffice as juggling material.

The trick to becoming a juggler is perseverance. With the above visual guidance, follow the below routine as closely as you dare:

Once you have the basic arcs in place, it’s about teaching your brain a new skill. You will drop the balls many times but, with perseverance, you’ll have an amazing new skill under your belt.

Really, 10 minutes a day is all you need. You’ll be rubbish to begin with but, as always, the passage of time will turn you into a juggling machine. 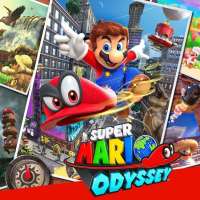