The World’s Most Unstable Animals

It’s spring (sort of) and you can bet your nostrils this will bring about the return of angry creatures who get a bit miffed if humans turn up, the misanthropic gits.

Every nation has them (some worse than most—Australia, anyone?) and we all have to deal with it as best as we can as, let’s face it, they’re not going anywhere.

What we can do, however, is highlight these deranged individuals so you can steer a very wide berth around their antics. Sound good?

The World’s Most Unstable Animals

Bear in mind the following lot as, really, this is merely a selection of some of the beasts whom may be out to do you harm.

The best bet is to be on guard 24/7 – carry a few sticks of semtex and a double-barrelled shotgun around with you at all times. You never know when the ice cream might hit the pan, after all. You have been warned, Rupert!

Everything about wasps says, “OH FOOK!” From the way they buzz about, to those angry little heads, finished off with the startling black and yellow bodywork. Seriously, though, what is it with these things?

Our very own Mr. Wapojif has been attacked a number of times by wasps for no reason whatsoever other than the wasp being a moody git. Indeed, one time he was just lying in bed and a wasp had wandered (or flown) on into his room.

It buzzed over one’s bed and then went like the clappers for my face. That was back in 2004. Needles to say the wasp didn’t survive. They will be a part of your summer whichever way you look at it – the best bet is just to try and ignore them but, whatever you do, don’t let the sods land on you. They have stings, you know!

Having read Apsley Cherry-Garrard’s wonderful account of Captain Scott’s tragic 1912 voyage (in the form of The Worst Journey in the World), we grew very fond of the cute little Adélie penguins and their weird antics.

Apparently, this turns out to be far weirder than humans could have ever thought, as their necrophiliac ways so disturbed British explorers aboard Scott’s mission that the results went unpublished for a hundred years!

If this wasn’t enough the little Adélies also have a suicidal habit of not understanding how manically braying dogs were trying to shred them limb from limb:

Cleary cute animals, then, but cute animals who are a bit dumb and depraved, it would seem.

When you think of badgers you tend to imagine harmless, slow creatures who are extremely shy and just like to hang back in their homes. Honey badgers, however, have a vicious streak unlike any other animal we can think of.

Completely devoid of fear, these creatures are fond of attacking things; cobras in trees, leopards, poisonous snakes, whatever else they come across, the Honey Badger doesn’t care one jot about what it attacks.

There’s a popular video on YouTube of one of these beasts stealing a killer snake’s meal away from it (as it was still eating it), devouring the meal as the snake watches, and then he attacks the snake.

Unfortunately, he gets bitten during the assault and promptly collapses, only to emerge from death a few hours later to resume eating the snake. Indeed.

“Not suitable as pets for children” we once read. Indeed. As much as we love our office pet Beans the Chinese Dwarf Hamster, to put it mildly these creatures certainly have a lot of paranoid eccentricities.

Mr. Wapojif is 6’1” and, even so, Beans thinks nothing of biting his hand when she’s being held, of throwing a temper tantrum and tipping her wheel on its side, or of catapulting herself upside down around her cage, or of making a big for freedom by jumping from a vast height.

The females are particularly aggressive and will maul each other if you keep them in a cage together as they’re such naturally aggressive creatures. How cute! Beans also seems keen on depleting the world’s stock of pumpkin seeds.

Renowned for their intense stupidity and grotesque, annoying appearance, flies are unstable to put it mildly.

Prone to wild, sometimes unprovoked panic attacks, these repellent things spend a lot of their time sunbathing on cow pats, flying into your face by accident, or getting stuck in your house/flat. When they do get stuck there’s no reasoning with them – open a window right next to it and the thing will continue to assault the glass.

They’re so stupid they can’t even eat properly, preferring to vomit on their food in order to liquify it. They also, apparently, defecate once every 5 minutes and carry all manner of foul diseases around with them.

Yes, we’re going to be washing our hands a lot more this summer as, basically, the common house fly is just a plague-ridden nuisance bent on destroying humankind. Buy a fly swat, kill, and clean those surfaces! 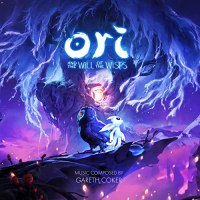 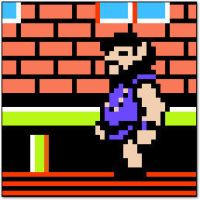