Superman on the Nintendo 64 (usually called Superman 64, due to the habit of many N64 games featuring the “64” suffix) is regularly considered one of the worst video games of all time.

It’s actually something of a tedious banality for us to be covering it now, as the game has been ripped to shreds by plenty of other websites and YouTube channels already. We’re so behind the times.

For the non-gaming folks of the world, however, you may be blissfully unaware of this monstrosity. As such, let’s bring you into the fun!

Released in May of 1999 by French developer Titus Software (now defunct), Superman 64 was immediately hailed as a disaster… but is it the worst video game ever. Is it!?

We’re not sure, but it’s certainly great fun dissecting its many, many, many flaws. It’s fair to say this is one of the most hated games of all time. This is simply due to the:

Based on the research I did, the many problems can be explained quite simply. Titus was at regular creative loggerheads with DC Comics and Warner Bros.

This delayed the project by six months due to the regular compliance checks the two companies demanded, meaning when it was released this was the best of a very bad job for the French development team.

Despite the stress Titus was under, this doesn’t excuse some of the gameplay mechanics and level design.

A huge chunk of Superman 64 consists of atrociously monotonous maze sections where all Superman does is fly through rings.

These were obviously added to bulk out the title to make it last long enough, despite being boring beyond belief.

When coupled with terrible controls, this ensured your average gamer was on for an incredibly frustrating time of it.

It’s quite difficult to get across just how many ring sections there are.

As Superman, you’ll complete one of Lex Luthor’s ring mazes, then have a mini-game type section, but then have another section of flying through rings.

These can last for up to, if not over, five minutes at a time, but if you mess them up then you have to start again.

If you do complete the respective ring sections, and mini-game, eventually you’ll reach a more traditional level where you control Superman properly and complete some missions.

As these are so hideously bugged out, though, these are also a frustrating mass of failed attempts and misery.

Of course, if you do complete those traditional levels, then you’re whisked straight back to more flying through rings.

It quickly becomes inexplicable. Is it any wonder, then, many gamers simply abandoned this? Imagine forking out £50 to face this atrocity.

Thanks to N64 Magazine‘s scathing 14% review, we avoided it but did pick it up in Amsterdam back in 2006 at a bargain bin price.

Just for the experience, you know? It’s not a favourite of ours, but we do like picking at its fetid corpse like vultures.

Although it shifted 500,000 copies and a PlayStation version was planned (but cancelled), the title would have drifted off into obscurity but for its infamous awfulness.

It’s now become something of a joke in the industry, especially amongst gamers who’ve gone out of their way to detail the horror story in YouTube videos and chasing down Titus team members to interview them.

It also regularly graces “Top 10 Worst Ever Games” lists with its presence. Dare we state it, though, that people have come to love to hate Superman 64?

It’s rare to get a truly terrible game these days – even if a title launches with bugs, the developers can release a patch for players to download. Problem solved. Back in the 1990s, this wasn’t a possibility.

It’s certainly become a hallmark of badness and one title every developer should look to in order to avoid the wrath of gamers.

Along with ET on the Atari, it’ll go down as history as one of the worst. But, heck, thanks to its reputation we can’t help but love it.

So, a big thanks to Titus for landing this monstrosity on us all!

If you’ve got a spare nine hours, you can even watch the normally lovable and patient Mike Matei becoming increasingly infuriated by the whole experience.

This is one of the live streams he did and his immense frustration kicks in later on in the game – it’s really quite entertaining to watch! Is that Superman 64’s lasting legacy? Annoying people in funny ways? We guess so.

We ended up covering Mike Matei’s heroic Superman playthrough, so check out what he went up against over several weeks of colossal frustration. 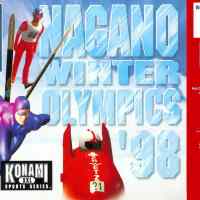