Who I Am by Pete Townshend

Here we have Pete Townshend’s autobiography from 2012, as written by The Who’s legendary creative driving force.

He had mulled over the idea for several decades with his typical push for innovation, but ultimately headed for familiar autobiography territory – discussing his life in chronological order.

After our Keith Moon post yesterday, we felt Townshend should also have his moment in the Sun (i.e. a privileged spot on the legendary Professional Moron).

With his intelligence, creative abilities, and sense of humour, the Londoner (now 72) landed several landmark albums on the world in the 1960s and 1970s. But does his book have the same intensity and flights of genius as his earlier work? Let’s have a look.

Townshend was born the day Albert Speer, the Nazi’s chief architect, was captured by the Allies.

Growing up in post-war Britain, the young lad quickly immersed himself in the music of the day, which had heavy leanings towards trad jazz, the burgeoning rock and roll scene (in the form of cool cats such as Elvis), skiffle acts like Lonnie Donegan, and American soul.

Whilst attending art college, he honed his guitar playing skills, and eventually hooked up with childhood friend John Entwistle to join a band.

Roger Daltrey was in various skiffle bands, but founded his own to take things a step forward – this laid the foundation for what was ahead with The Who. The band was talent-spotted by managers Kit Lambert and Chris Stamp, who mentored Townshend and pushed him towards new creative possibilities.

With this encouragement, Townshend began experimenting with song structures. It was the late 1960s and The Who had a big following, but the band was famous for producing catchy singles.

It was also notorious for explosive on and offset behaviour, with the four members clashing regularly in their drug-fuelled early years.

But Townshend’s intent was to show the world he could accomplish something more – the result was Tommy, an ambitious project that complemented The Who’s exciting live performances perfectly.

His timing with the project was spot on, as a performance at the famous Woodstock 1969 festival in America (accompanied by a 1970 documentary film) propelled the group to superstardom.

From there, Townshend led the band into increasingly inventive territory up until the early 1980s. It’s at this point his book loses a lot of its punch value, as The Who is (quite rightly) what he’s most famous for.

But his autobiography documents much of his post-Who life in and around London. This includes large sections about how he intends to spend his money. Should you buy that boat in London, Mr. Townshend?

Not that we’re mocking him here, but we feel he waited too late to write his autobiography. For such an intelligent man with exceptional ideas, the work can drift off into tedium. It’s certainly an interesting read, but not quite what we were expecting.

The opening half is well worth it for fans of The Who, but we feel this thing would have been exceptional had he written it in 1973. Instead, it’s a welcome account of his life, but also a tad formulaic.

As for The Who, the band essentially split up for 20 years in the early ’80s. From 2000 onward, though, Townshend acknowledged he wasn’t expecting to better any of the songs he wrote as a young man.

Thusly, he and Roger Daltrey (Entwistle died shortly before a 2002 tour) have taken an orchestral set across the world and continue to play to massive audiences.

But in their early 70s, it’s clear they’re starting to wind this down. Townshend has ridiculed his famous “I hope I die before I get old” line as youthful hedonism. But his well-documented struggles with tinnitus and hearing loss (after decades of playing outstandingly loud gigs) and advancing years mean we’ll soon lose The Who as a live act.

But for posterity, we have an incredible band, headed by incredible talent, that history will remember with great regard. 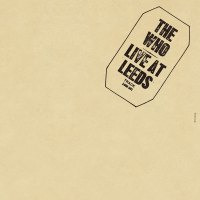