Kimi Raikkonen: In Praise of the Weirdly Charismatic F1 Driver

The enigma that is Kimi Raikkonen is very difficult to explain. Laconic, sardonic, introverted, shy? No… he’s just, sort of, his own man.

The 2007 F1 World Champion hails from Finland and is famous for his terse, often monosyllabic, distant way of dealing with everything around him.

This has created numerous amusing incidents over the years. And, by Jove, we want to celebrate that!

Raikkonen is F1’s elder statesman now at 39. We remember his first race back in Melbourne, 2001, when the fresh-faced 21 year old impressed on his debut. Blindingly quick and audacious behind the wheel, this is offset by a blunt personality out of it.

Now, it seems Raikkonen is somewhat camera shy. Away from the limelight, based on accounts from his colleagues and friends, he’s very talkative and open.

But in front of the media, he closes up and often appears to be on a different planet.

Raikkonen’s F1 radio messages have become the stuff of legend. They often involve a great deal of confusion, profane outbursts, or rude statements about other drivers/members of his team.

So it was with a great deal of surprise the normally withdrawn and sardonic Finn got a bit drunk at this year’s F1 gala thing.

During which time his real personality came out, with endless chattering, lots of enthusiasm, and plenty of friendliness.

To his credit, he did acknowledge the event later on his Instagram account. And his move onto social media in late 2017 was one of the genuinely Earth stopping moments of the year – Seb Vettel refuses to document his daily life on any social channels.

And the far more private Raikkonen was never expected to grace anything online. Ever. Why would he? But… then he popped up out of the blue on bloody Instagram, of all places.

This was unannounced and wholly unexpected. And ever since we’ve had gems like this.

Even better, at the Japanese GP in 2018, a book of Kimi Raikkonen haikus turned up – it was so popular an extra 10,000 copies were quickly printed off to keep up with demand.

Raikkonen’s succinct manner of talking means he’s often mumbling like a haiku machine. So it was a moment of genius from whoever commissioned this thing and we curse the fact we couldn’t get a copy.

Finally, on his future in F1. Raikkonen was booted out of Ferrari at the end of 2018, but he wasted no time in signing a two year deal with the mid-field Sauber team (where he started his career in 2001, funnily enough).

So the good news is F1 fans have at least 24 months left of his behaviour until he leaves F1 for good. And that’s most excellent. As he’s so weirdly endearing. 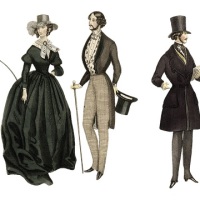 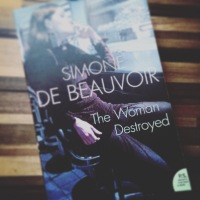