It’s the 30th anniversary of Graham Chapman’s death. He’s famous for his acting and writing credits in the landmark BBC series Monty Python’s Flying Circus, as well as lead performances in The Holy Grail and Life of Brian.

Born in 1941 over that there Leicester, the young Chapman showed promise across science (plus a love for comedy shows such as The Goons).

In 1959, he began his studies at Cambridge for medicine. He then joined the Cambridge Footlights (a theatre club) where he met John Cleese.

Chapman’s heavy drinking career also began during his studies, but soon after he toured New Zealand as the “Cambridge Circus”.

That led to opportunities with the BBC for David Frost, which set the scene for the various Monty Python members (Terry Gilliam being American) to join forces to form Monty Python’s Flying Circus in 1969.

Chapman was a writer and star across every series of Monty Python, including the last one when his writing partner John Cleese quit the show.

Eccentric and unorthodox, he fit the mould of hellraiser in the grand tradition of Oliver Reed. But like Reed, he was naturally shy and retiring—prone to bouts of introspection, but with a wild box of fireworks ready to erupt within.

He was good mates with The Who’s drummer Keith Moon and, until Chapman stopped drinking in 1975, was famous for his crazy behaviour (crawling around on the floor at major events and gnawing at womens’ shoes etc.)

His acting range was impressive. He frequently portrayed establishment figures to take advantage of his Received Pronunciation voice, which he could mess around with by being silly.

It was common for him to revel in dressing up as women. Or portraying total maniacs. But he was also adept at being the straight man, such as Chapman’s lead role in Life of Brian (1979).

In The Holy Grail (1974) he also portrays the pompous King Arthur, bellowing away in self-righteous indignity.

Despite his high intelligence and talent as an actor and writer, his thunderous drinking was causing problems for the other Python members. During The Holy Grail he struggled with DTs and spent most of the production drunk and unable to remember his lines.

After sobering up he spent the rest of his life abstinent. He toured US colleges from 1984 onward, as well as producing a famously disastrous film called Yellowbeard.

He wrote an innovative autobiography deliberately packed with lies in 1980—A Liar’s Autobiography. That was adapted into an entertaining documentary in 2012.

Chapman narrates a lot of it as he had provided readings of his work in the 1980s.

Although he’s gone, he’s very much not forgotten. It seems ridiculous he departed at the age of only 48, but the body of work he left behind has gone on to inspire millions.

Us, for example. We’re so impressed with his intelligence and talent—how could you not love a man who can dress up in a pink dress and hold the screen?

Finally, we thought we’d close with this obscure and largely forgotten one-off Chapman did.

This is 1984 for the BBC. He performed this highly intelligent piece. It consists of him sitting there ranting at you, yet the whole thing is all rather engaging.

And we think this highlights the talent of the man – the ability to use his brain, write superbly, and then perform his work in a simplistic, yet enthralling, fashion. 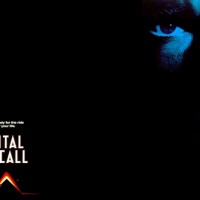 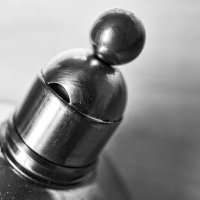 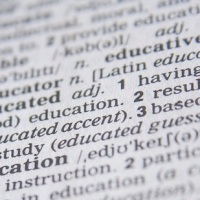