Zelda II: The Adventure of Link – Yep, It’s Too Difficult

At this point in our blog’s history, we’re eager to cover as many Zelda games as possible, which includes the divisive 1987 NES sequel to The Legend of Zelda. Hey, listen!

Plot wise, it’s a direct sequel to the first game and takes place a few years after the original. Protagonist Link is now 16.

Link, noticing a mark on his hand, speaks to this woman called Impa. She reveals Princess Zelda is sleeping away. Link must battle Ganon to wake the lazy cow up and restore equilibrium to Hyrule.

But it’s still an action RPG, just one that still leaves many gamers divided on the various project decisions that went ahead.

In fact, Nintendo offers a gameplay choice the series hasn’t been anywhere near since (unless you consider occasional 2D sections in Link’s Awakening).

Looking back at it now, this all seems a bit odd. And the result is fans view Zelda II as something of an ugly duckling of the Zelda games.

You’ll either love it or hate it. Why? Well, we’ve discussed the insane difficulty standards of NES games in the past (to artificially make technically limited experiences seem longer), but Nintendo went a bit crazy with this one.

As with the official sequel to the first Super Mario Bros., it’s very bloody difficult indeed.

It starts decent enough, but early on hits you with a borderline impossible sheer cliff hike. At that point, you’ll either abandon it in frustration or force yourself onward.

Shigeru Miyamoto, so instrumental in the future of the Zelda games, didn’t have much to do with Zelda. Although credited as a producer, and keen to depart dramatically from the original, he left the direction of Zelda II to the directors.

It launched first on Nintendo’s Family Computer Disk System, an attempt to shift more units of that thing. But it also soon came to the NES.

And… we can’t say we like Zelda II: The Adventure of Link. We didn’t play it back in the NES era—we have no nostalgic connection to it. Regardless, visiting it a few years ago we found it a frustrating experience.

It’s in fact, more interesting to discuss the game’s various issues than to play it. Such as the difficulty. And that it’s a bit tedious in places. And how it’s a weird departure from other Zelda games.

Despite that, the notoriously hard to please Famitsu magazine in Japan handed the NES version 36/40. Elsewhere, critical analysis is far less favourable.

In 1987 it likely was more radical and innovative. So there’s that.

But by modern standards, and there are still a lot of enjoyable NES games (think Super Mario Bros. 3), Zelda II ain’t one of ‘em for us, bruv.

One thing we do love about the first sequel in the world of Zelda is a cryptic line from a non-playable character (NPC).

Zelda II did introduce active characters with an obvious agenda. The original didn’t have that. So you can go and have concise chats with some of the characters you meet.

One of the blokes is in a house. When Link speaks to him he dramatically announces: “I AM ERROR.”

A now much loved gamer thing, it’s referenced frequently. All you have to do is roar “I AM ERROR” at a fellow Zelda fan and you’ll be best buds for life. 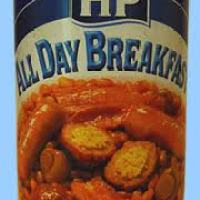 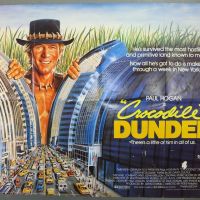