Here’s a cute little smartphone game! It’s relaxing and has a load of penguins in it. You have to manage them on an island utopia and generally chill out with your penguin mates.

Oh, but that’s all spoiled by the modern smartphone gaming tropes of plying the gamer with endless ads and microtransactions. Ho hum.

Indie developer Habby is behind this one. It’s apparently out in Egypt! Not famous for its penguins and snow, we must point out.

Anyway, we keep seeing the game spelled as Penguin Isle. Put on some of the marketing material it’s Penguin’s Isle. The hellish scenario when an apostrophe and an “s” make you question your editorial judgement.

But relaxation is the name of the game here! Honest. You also get to manage some chaotic and adorable Adélie penguins!

There are a load of penguins on an island and it’s your job to look after them and make them all happy and that.

When we first saw clips of the game, we presumed it was going to be a comical affair. But it isn’t, it’s relaxing, cute, and pretty bloody adorable a lot of the time as well.

So all that’s nice as you look after the penguins, source cash by getting them fishing, gardening, and whatnot.

And then the corporate moneymaking kicks in. You need to earn a certain amount of money to open up new areas on the map for your penguins.

To do that, it really helps if you watch a lot of ads. Yes, to play the game you need to watch adverts for other games and products. For which you receive an in-game financial reward.

One of them a whale does this afterwards (below!), patting you on the back for your subservience with visual splendour. Oooooh!

Due to this sort of guff, we soon found the experience became about ensuring a select few penguins were “working” to generate money.

The rest of the time you’re watching adverts. Or you can cut to the chase by forking out for microtransactions to speed things along.

At the start of the game it tells you to “relax” and take your time with the experience with the sounds of waves and music. We find that disingenuous, as the music is on a constant loop and soon gets repetitive.

We like the idea of the game and how cute it is, and how charming it could have been, but this just represents the worst elements of mobile gaming.

It exists to get kids and bored adults on commutes mildly addicted. Then they’ll fork out for microstransactions to advance faster.

All the while masquerading as a cute game that should be a lot of fun. But as a basic, bare bones experience the more we think about it the more cynical and lazy the whole of Penguin Isle comes across. Balls to that, then. 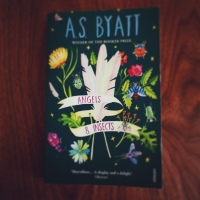