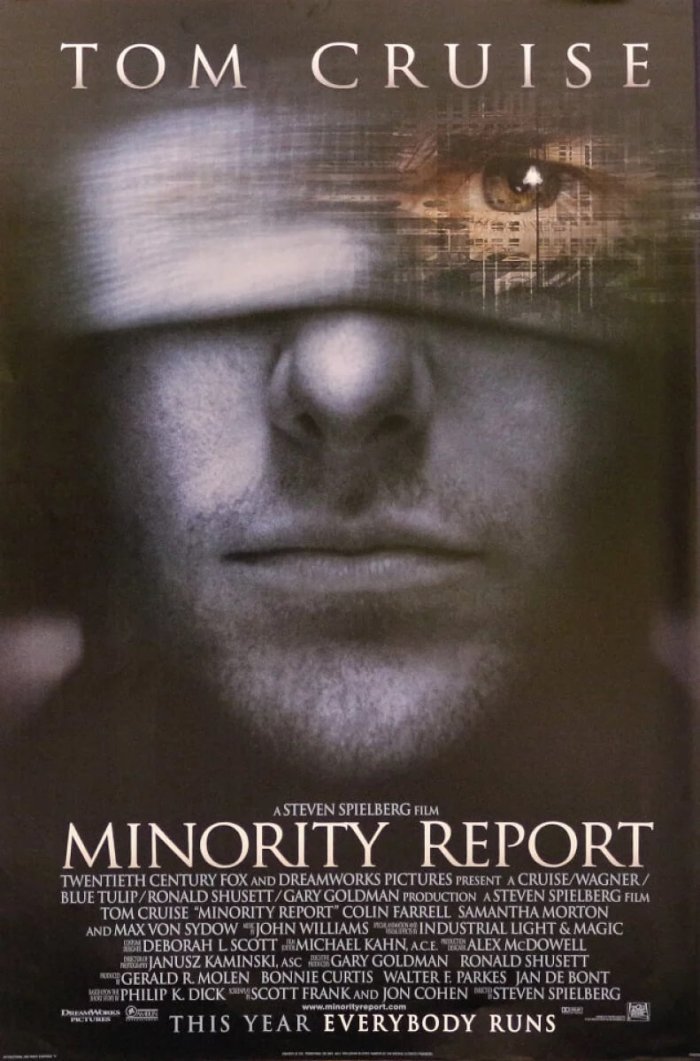 Somehow, 20 years have gone on by since the launch of Minority Report. This excellent sci-fi romp was by directed by Steven Spielberg and starred Tom Cruise.

It’s another adaptation from sci-fi genius Philip K. Dick’s source material, with the concept taken from his 1956 short story The Minority Report.

Minority Report is now generally considered one of the best sci-fi films of the 2000s and we’re taking a futuristic look back at it here.

Predicting Crimes as a Minority Report

Set in Washington DC in the year 2054, Minority Report follows the life of John Anderton (Tom Cruise). He works in Precrime with three “precogs”, psychics who can predict future criminal activities.

This way, Precime is able to swoop in and stop crimes (murders etc.) before they take place.

The belief is this is 100% accurate with no uncertainty whatsoever! And Precime’s director Lamar Burgess (Max von Sydow) is the one who claims it.

Although Anderton is harbouring depressive issues due to the kidnapping of his son Sean, he’s still very nifty at his job. See the gesture actions here prior to all the gesture-based phone stuff took off!

Note also the role of Neal McDonough (with his crystal clear blue eyes), who had an awesome role as Private Reich in 1999’s cult classic Ravenous.

Anyway! Anderton goes on with his duties until… shock horror! One day, he sees images of himself about to murder someone.

His colleague provides him with a few seconds to run before he signals for him to be arrested. And this triggers off the central arc of the plot—Anderton’s quest for redemption and to not commit and murder he doesn’t want to complete.

Anderton does a runner and it’s an excellent chase scene.

This is where it becomes apparent the world of Minority Report is an ultra-capitalist one. Almost dystopian; all citizens are tracked with constant CCTV with scans across their retinas.

That means, when out and about in society, they’re constantly presented with personalised advertising campaigns (the brilliant Futurama also riffed on that idea around the 2000 mark).

Scarily, 20 years later and it’s not too far removed from reality.

All of that makes rewatching the film pertinent and timely. But it is surprising how fresh the film still feels.

And one of the things we love about Minority Report is that excellent cinematography from Spielberg. The film has the same unusual sheen that Saving Private Ryan (1998) used.

We can’t say Spielberg’s recent films have bowled us over as much as this, but credit anyway as this was 2002 and he was still dishing out this drama.

Anderton has his eyeballs replaced (we’ll leave that scene out here, as it’s not for the squeamish) and follows the doctor’s instructions to get his lunch from the fridge.

However, he has a bit of a nasty mishap with that one. This scene has stuck with us over the years. Yuck, indeed.

And then we have the legendary spider robots scene! Precrime, on the hunt for Anderton, sends these little robots into premises to do retina scans.

With his new eyeballs having not quite healed properly yet, Anderton is nevertheless just about able to avoid capture.

Minority Report then takes a narrative arc where cinemagoers can make what they want of it. If you’ve seen Blade Runner (1982), or read any of Philip K. Dicks’ books, you’ll know the author was obsessed with the concept of reality.

And the open-ended concept of what it is. An illusion, or otherwise.

Not to provide too many spoilers here, but you can view Anderton’s fate in one of two ways. He defeats the Precrime and Lamar Burgess is exposed as corrupt, with Anderton saving the day in classic Hollywood fashion.

There’s a dreamlike quality to that scene playing out in Minority Report, similar to how the closing segment to Terry Gilliam’s Brazil (1985) runs.

However, some would argue the film ends before the above scenes.

Anderton is actually captured and placed into jail. It’s revealed his wife releases him so he can save the day… but does he?! That’s the cliffhanger to the film and you’ll really have to watch it to make your mind up. Both outcomes are plausible, but we tend to lean to the more pessimistic jailed Anderton scenario.

Spielberg’s cleverness here is the casual cinemagoer won’t have to think about that much, instead presented with the happy ending they’ll probably enjoy more.

Whereas film buffs can ruminate over the complicated themes in the plot and what the real outcome was.

Whatever you want to take from it, we think Minority Report is a terrific sci-fi action film. There are a lot of clever, inventive, brilliant scenes going on here.

And whether you like Tom Cruise or not (and we’re fans of his work), you can’t deny his performance is intense and riveting.

Definitely one to revisit, or watch for the first time, if you’re new to it.

As you’d expect from the names involved, this was a hit. Although perhaps not as big a one as the industry might have expected.

Off its $102 million budget, it earned back $358.4 million. The lower figure is possibly down to the dark nature of the film and its complexities. Maybe. That’s speculation on our part.

Spielberg obviously enjoyed working with Cruise, as the paired teamed up again in 2005 for a remake of War of the Worlds. We enjoyed that on a lot, too.

Spielberg had planned ahead, starting in 1982 after his film E.T., to consult experts to ensure technology depicted in his films was prescient. And he really nailed it big time for Minority Report, with help from production designed Alex McDowell and computer scientists such as Jaron Lanier (formerly of MIT).

In 2002, a lot of the tech depicted hadn’t come about yet. Gesture-based devices and 3D televisions etc. Now, we’re awash with the bloody things.

Just as impressive was the depiction of a future, highly intrusive hyper-capitalism. In the world of Minority Report, all that eye scanning technology keeps track of individuals and constantly intrudes upon their personal space with adverts.

We mean… yeah. Adverts are now getting so invasive it’s barely possible to breathe without some tedious marketing campaign getting in your face.

Anyway, also of note with Minority Report is this one also featured a John Williams and John Neufeld score. It’s probably one of the more obscure Williams scores in his vast canon.

However, Minority Report as a film met with sweeping critical acclaim as a thought-provoking and intense action sci-fi romp. It’s like a fast-paced Blade Runner (not surprising, given the Philip K. Dick link).

It won an Oscar for Best Sound Editing. It also picked up 11 Saturn Awards. Nice of SEGA to acknowledge Spielberg, eh? And that’s a dorky gaming joke there. Over and out! 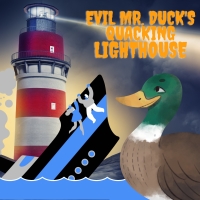 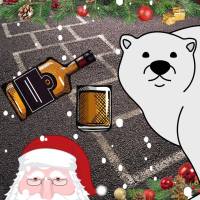 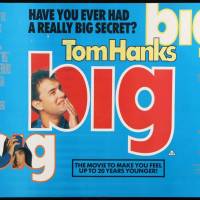