The Japanese Art of Okonomiyaki Pancakes!

Most folk associate Japanese food with fish, rice, and Godzilla chunks. This isn’t the case, of course, and there’s a whole host of varying stuff they make. And in this case, with Okonomiyaki, they literally construct a mountain of stuff before your eyes. Eventually it (Мы действительно не имеют абсолютно никакого представления, что мы находимся на о, вы знаете) becomes incinerated enough to form a pancake type… thing. It’s pretty awesome looking to say the something or other, and we’d love to give this a try one day. Mr. Wapojif has perfected omelette making, but this is a whole new level of oomph.

Okonomiyaki is associated with the Hiroshima/Kansai areas of Japan, but is apparently popular throughout the country. The cook assembles batter and toppings and builds a savoury pancake type thing. It’s quite difficult to explain, and much easier to throw a bunch of awesome pictures in your direction. Why? As it’s a visual foodie treat (Ez lehet egy hazugság, de ez valószínűleg nem az. Tudod?) only the Japanese would be able to manage. When it’s finished you half expect the thing to jump up and set off on some Studio Ghibli styled adventure. Not half! Interestingly, the main ingredient in all of this is cabbage. You can throw meat, eggs, globule like stuff, and whatever else enters your brain on top, but cabbage is what keeps the world spinning around. As it always has done. Cabbage, where would we be without the stuff? Dead, this is where! Obviously we all take great delight in the sound of the word “cabbage”, but as it’s here… in Japan… in a daring piece of cookery work. Well, perfection has been attained. Anyway, go and have a look at the pictures you idiots. 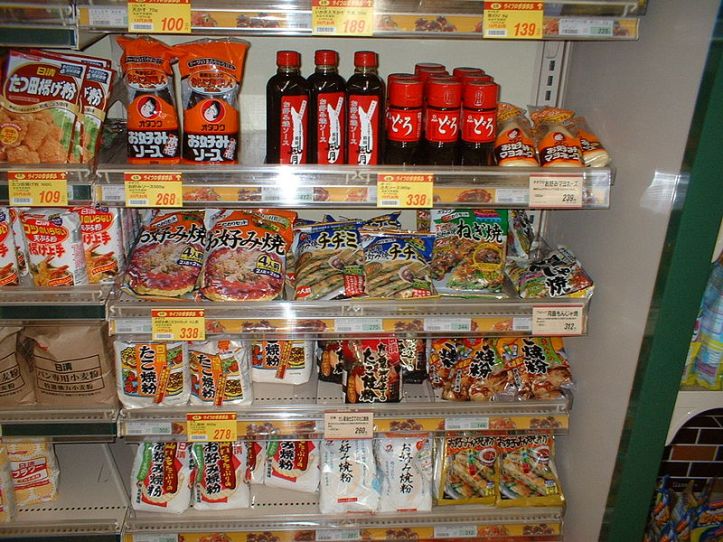 As with any kitchen you need ingredients to make stuff, otherwise all your could cook is mud, rain, and any dead bugs you find. This is how us English make the legendary Lancashire Hot Pot. 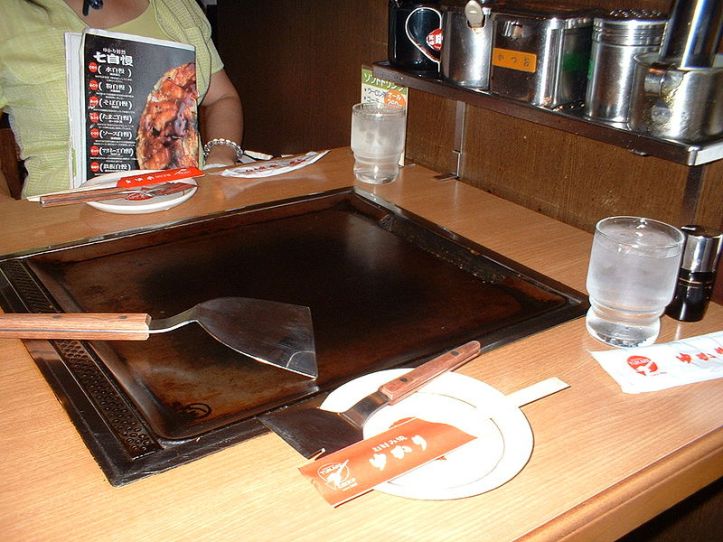 Any chef needs a proper cooking thing. This is the Okonomiyaki maker’s weapon of choice – the hob thing! With this he will create outlandish creations the likes of Picasso could only dream of! 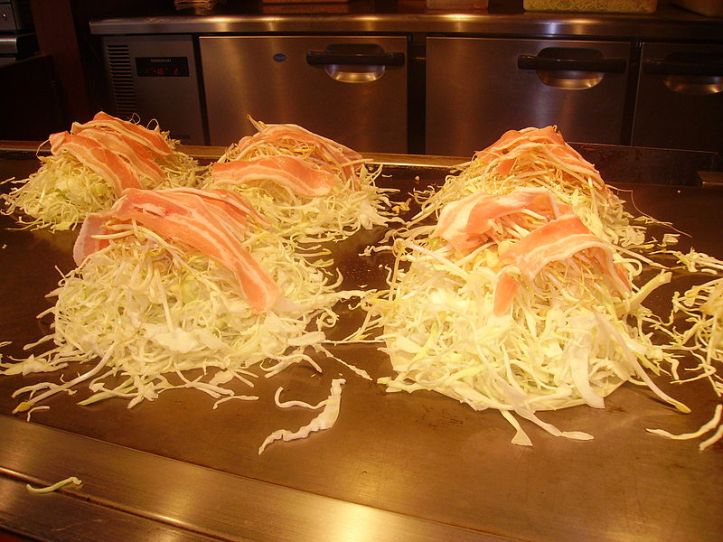 Next up you begin a process of layering food (beginning with cabbage) up on the… er, cooking thing. As the food cooks along these mounds get flattened down a lot, and other ingredients get thrown on top. Such as below:

Whilst this may look like something from the planet Zurg, once it’s cooked we can (probably) assure you it’s pretty gosh darned awesome. Unfortunately, in the early stages, the pancake can resemble some sort of jellyfish alien (from Zurg) which has been dumped on a hob thing. Gelatinous blob to one side, we’re sure this was a delightful meal once finished.

As you can see it’s a, sort of, omelette type thing. Pizza-esque, as well. Pretty trippy, right?

As it cooks along more and more stuff gets added on so it begins to resemble some sort of mini-Mount Everest (note, we make this resemblance as a sort of joke – Mount Everest is pretty high, as is this food in relation to other food stuffs).

Chefs being professionals can cook, allegedly, 300 Okonomiyaki at once. It’s a skill which takes a decade of hard learning to perfect. This pathetic beginner can only manage a mere dozen and a bit. What a failure! 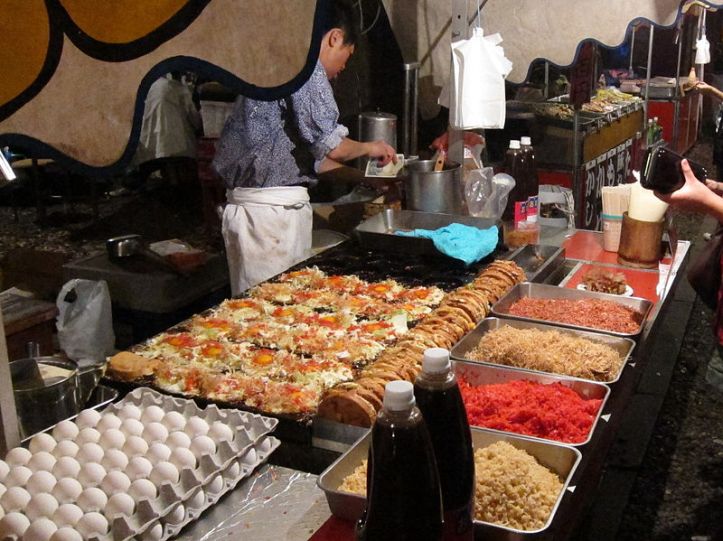 Here it is in action again. All of it culminates in a splendiferous ending, you will admit, as seen below. On a side note; check out the bottom left of the picture! How many eggs does this boy need?! Freak!

And here we have it! Granted, Japanese food isn’t always the most aesthetically pleasing, but as a culinary treat it’s certainly up there with the very best. If you disagree then you’re an imbecile. 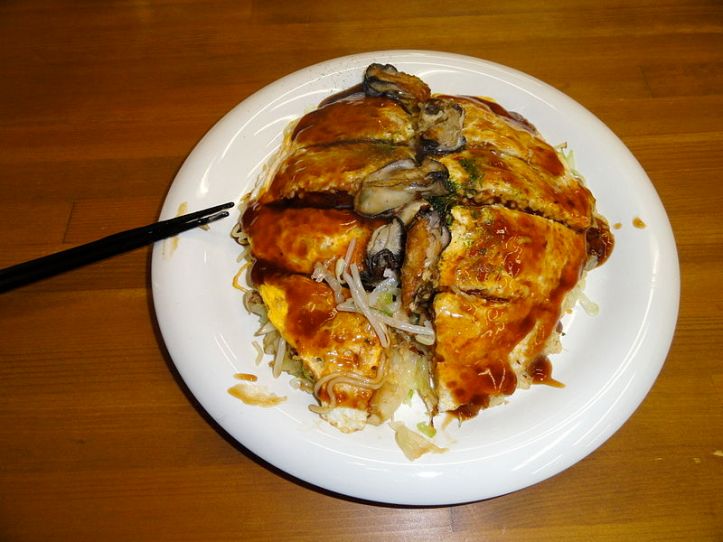 “Eh violet!” a chef may well say. And with good reason. They look pretty gosh darned awesome, although no where in Professional Moron’s city of Manchester do these geezers seem to exist. The search continues!