Greetings, it’s windswept and magisterial glory today! The Tooth Fairy is back and she’s been up to her usual antics – collecting teeth and avoiding the law.

Under 24/7 police surveillance after a narcotics incident, she’s now serving the public and she’s not best pleased about it. Still, at least she’s got plenty of stuff to be getting on with now she’s discovered the joys of social media!

Alright? I’m back to write more about myself due to the court order, but you can read all about that in the first Exclusive Tooth Fairy Newsletter – the one I wrote a few weeks back.

It’s a big deal for Professional Moron, this stuff, as it adds celebrity to its otherwise crass and unintelligible output, but for me it’s simply because I have to improve my public image. It’s like John Lydon did in the ’80s with PiL, except I have to do this because otherwise I go to jail for counterfeit drug trafficking.

My public image was effectively destroyed following the drugs scandal I initiated, so I’m pursuing options to make me look better. Social media was the obvious place to turn to, so I’ve setup Twitter and Facebook accounts to promote myself as the wonderful individual I am.

Unfortunately, this didn’t go particularly well as a horde of deranged and outraged “trolls” (as internet parlance goes) immediately took to berating me on my: looks, personality, and alleged predilection for indulging in the male form. I include some of the Tweets which were posted last week about me:

These comments don’t hurt me as I am bigger than the putrid swines who write such obnoxious drivel. Indeed, they merely empower me! Having always been susceptible to bouts of extreme and insatiable vanity, I was soon overwhelmed by one social media format and its ability to feed my narcissistic desires.

I Wanna Be Adored

As a sense of entitlement overwhelmed me, I joined Instagram to express my individuality by posting Selfies. Documenting my every move allows me to overcome the nastier side of the internet by embracing an equally unpleasant foible: humankind’s propensity for rampaging narcissism.

Whether I’m on the toilet taking a dump, besieged by a debilitating bout of flu, or dolled up with more makeup than a thousand prom girls, I use my smartphone to communicate to the world my every bloody expression and movement. Naturally, as I’m just so damn hot, by visualising my perfect life through a seemingly perpetual series of inane, self-absorbed, and vapid pictures, I’ve attracted the attention of would-be suitors.

I receive comments such as: “ur ded fit u our”, “babe yew iz sow hot”, “I wanna nail u”, and “I like the filter you used, it really complements the pearly white of your teeth (and the enamel toilet you’re sitting on).” These really brighten my day and provide the assurance I need each morning to step out of the door and head off into society to exchange teeth for paltry change.

Needless to say, my duties as the Tooth Fairy have suffered due to the aforementioned issues. I have become so addicted to the internet I often forget to go to work, use the bathroom, and even sleep. Indeed, I went three days without sleep last week and yesterday, during work, accidentally took the “tooth” of an elephant at a local zoo by mistake. I’m so exhausted I’ve no idea what happened next!

This isn’t endearing me to the pigs because they check up on me daily. The narks have said that if this continues, I may have to go to jail and I’ll be forced to close my social media accounts! As a Feminist, I called out these buffoons and their rampant misogyny and took a sulky face Selfie to post to Instagram.

It received 100 likes and one guy even said he loved me and attempted to elicit a response by sending me pictures of an elongated object with considerable resemblance to a sausage. This reminds me, I must buy bacon for my tea. I want to add a filter to my bacon barm for my next wave of Instagram pics!

JOIN US NEXT TIME FOR MORE EXCITING DEVELOPMENTS WITH THE TOOTH FAIRY! 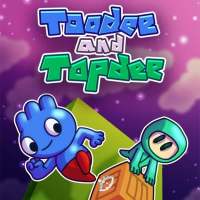 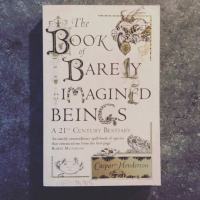