Great Sayings Revisited: The Tooth is Out There

When we were younger we used to watch the X-Files a lot and we never really got why Mulder used the whole “The tooth is out there” shtick. What tooth? Plural, Mulder. Plural! There isn’t only one tooth on the entire planet, FFS, there are loads of them. We haven’t been able to conduct thorough, detailed, exhaustive research into this, but we’re willing to bet there are at least 10 billion teeth on Earth as we write this. That’s a lot of enamel.

Quite what Mulder was on about, then, we don’t know. We can hazard a guess, however, and contemplate why everyone else thinks there’s only one tooth out there, when it’s evident there are billions. If you ever need more proof for the fallible stupidity of the human race, it’s with this vacuous saying.

The Tooth is Out There

It’s pretty safe to say Fox Mulder is a mentally unstable halfwit – what do you expect? He works for the FBI, which is an acronym short for: Forever Bloody Idiotic. In X-Files, Dana Scully is drafted in to keep a close eye on Mulder – his nurse, basically. The show focused on Mulder’s search for “the tooth” and Scully trying to maintain his simpleminded warbling.

Sadly, this fueled fans around the world into believing the “tooth” is indeed out there. In many ways they are correct – teeth are out there. In fact, there in such evidence there’s really no need to launch a TV show in an attempt to prove they exist. We know they do, there’s more than likely proof in your fizzog right now, and so why are we left to point out the truth? It’s ridiculous!

Scully, for her part, did little to prove Mulder wrong – all she did was stand about tutting and shaking her head, along with making comments such as: “Look, Mulder, this can’t be possible because it can’t be possible.” Then Mulder would be all: “Look, Scully, it’s the tooth, look out of that window into the middle-distance, the tooth is there, somewhere! You gotta believe me!” And that’s how all 45 minute episodes played out. They were great!

The middle-distance has a lot to answer for, including the production of this stupid saying. Let’s draw a line under it now – the tooth is out there, as it’s a given. Done and dusted. However, the real scourge of the foreground here is the middle-distance; take up this stare and you’re not doing anyone any favours.

Ironically, by maintaining this gaze, you could quite easily inadvertently barge into something (which as a stack of anvils) and smash your teeth in. Then the tooth would indeed be out there – it’d be all over the floor, like that time our esteemed editor, Mr. Wapojif, got a tooth knocked out in a sprint race at primary school in 1990. That’s where my tooth is, although it did grow back.

So there we have it, this meandering, oddball post has proven two things: never trust a fox (unless it’s Fox Mulder), and don’t rely on the middle-distance to solve anything. It’ll only get you killed – that’s what you get for belieivng in the tooth. 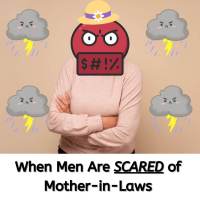