Agony Aunt: “I’m a man and I want to be the first woman on Mars”

You can go to Mars if you want to – NASA is making sure of it! A thorny, currently undisclosed issue will be which gender gets to step foot on the red planet first. Should it be a man? Or, perchance, should it be a female? You can bet your arse, whoever it is, they won’t say “That’s one small step for man”! Call us dribbling libtards if you must, but we think something such as “We made it, yo!” would be much better. Followed by everyone busting out some gangsta shapes. Sadly, today’s man doesn’t agree.

Hi there, Bill. Well, you clearly have a strong understanding of what you want from life. This is nice to see. Unfortunately, your plan is likely to come up against some opposition, largely from women and probably NASA as well. To carry out your plan, you’ll have to have a covert sex change operation and then pass NASA’s rigorous testing schedule to convince them you are, indeed, a lady.

Black market sex change operations are, typically, carried out in dingy side streets by a sweaty, hairy fat man. Things can often go wrong and you could end up changing species entirely – we know of a man who came out as a mongoose. Another was transformed into a giraffe, so there’s no guarantee you can achieve your goals in this way.

Before you wonder if you can be the first giraffe on Mars, please be aware animals will not be indulging in space travel in the foreseeable future. Thusly, you will need to stick to your plan of keeping women on planet Earth. We have a suggestion for how you can achieve this – get all the men on Earth to have a sex change operation, then get all the women to have a sex change operation, and then everything should just balance itself out naturally.

As the old saying goes, men are from Venus, women are from Mars, so with this straightforward solution, we should have both inverted genders visiting their home planets and sorting out their roles in society. Upon returning to planet Earth, this should sort out longstanding sexist power structures, such as the belief women only belong in the kitchen. This is inaccurate. Except if the woman is a chef. Then it is accurate.

Due to the potential confusion highlighted in this paragraph’s predecessor, we believe it’s important women chefs attempt to distance themselves from kitchens as much as possible. Thusly, if they levitate permanently they can be distant from their cooking implements, whilst also being able to cook.

We can propose NASA sends all female chefs into space so they can complete this undertaking. All ordered food can then be ferried back down to Earth by a series of delivery spaceships driven by robots. We appreciate this may not be answering some of your questions, Bill, but we’ve been swept away by our romantic sci-fi vision of the future of food delivery. It’s going to be cosmic! 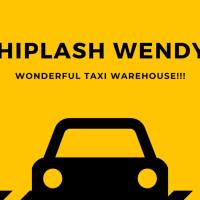 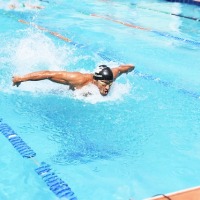 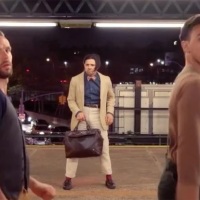