Pigeons: In Praise Of These Epic Little Winged Beasts

Okay, so there’s an eternal enemy of ours who has triggered off a fascination for us with pigeons. Not that these creatures are new to us—we live in Manchester, so they’re all over the bloody place in the city centre.

But they’ve picked up, amongst stupid people, a  reputation for being unnecessary pests. Today, we redress the balance.

They’re epic (just check out the Kererū pigeon), demand our respect, and you will leave this post today knowing so, too. Or else!

Right, so it turns out doves and pigeons make up the Columbidae family, of which there are some 310 species. We’re far from pigeon experts and have remained casual observers over the last year.

But our observations have revealed some excellent behaviour, including copious bouts of intelligence, and a pretty adorable flirtatious routine they save for one another.

Pigeons mate for life, just so you know, so they have to make sure they’re bagging a hero and not a zero.

People have kept them as pets over the millenia, of course, but these days they’re primarily ubquitous with urban settings—particularly in city centres.

As such, many folks going about their days largely view them as an annoyance.

As you walk about, say, Manchester they’re often in your way, a bit scruffy looking, but always amicable.

But our interaction with the species is long complicated – check out this Vox history video now. Behold!

Thusly, despite remaining innocuous, public perception has definitely shifted towards negativity—pigeons are seen as pests.

This outlook, we believe, is largely born out of folks not giving pigeons the due attention and consideration they deserve.

When you stop for a moment, or even as you bumble along, and observe other beings you truly get a better understanding of them, our world, and where we all fit into it.

But people are wrapped up in their day-to-day lives. This is somewhat understandable, given how stressful modern life is.

Most of us are left facing hardship. Either that or you’re Elon Musk and there’s a bloody spaceship to land on Mars—who needs pigeons for that!?

So as folks amble about town, the pigeon only appears as another issue to negotiate. And there are plenty of them as they flutter with wild abandon across urban landscapes.

But, no, the pigeon will add plenty to your life, so long as you can open up to their charms. As with our consideration on rats recently, the pigeon is greatly misunderstood.

Spend some of your spare time watching the little winged beasts and you’ll find a world previously lost to you.

Asides from their comical head bopping, and sense of puffed up self-importance (also seen amongst the fantastically bizarre world of Adélie penguins), they’re inquisitive, friendly, and far from pointless.

They go about their duties and, despite their initially daft demeanour, are in fact one of the most intelligent bird species (scientific studies show they can work out numbers, problem solve, and tell one person from another).

If you fancy a new pet to look after then, why not bother your nearest shelter?

Pigeons (although that’s a dove pictured above, apparently—you can tell from the *mumbled explanation that makes perfect sense*) look like super fun pets to keep, with their emotional personalities and charming behaviour.

We can’t attest to it, but everyone we know who has them says you’d be coorazy to miss out on the opportunity. Yeah? 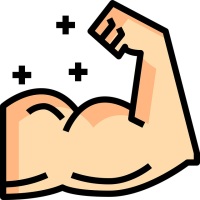 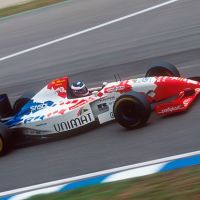