Admiral Ackbar is an amphibious military dude in the Star Wars films. Although he only has a handful of lines from The Return of the Jedi and whatnot, he remains a fan favourite.

Probably because he’s so goddamn hot! But being a crustacean thing he often struggled with the human language, leading to errors of diction. Here are some of his best moments!

The original in all its glory. Thought experiment: if there’s a trap but there’s no one there to get caught out by it, is it still a trap? Over to you, Admiral Ackbar.

As in a holiday? A holiday to the Death Star? Doesn’t sound overly enjoyable, Admiral Ackbar, perhaps heighten your concepts of what a vacation should be. 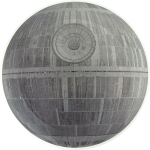 Very possibly, yes, if you’re referring to Darth Vader. He really is a bit of an arse.

No it isn’t, Admiral, it’s the Death Star. Easily confused, we agree, but you shouldn’t have your status if you can’t tell the difference between a destructive moon-sized space station and a kneecap.

To the face? We guess so, you really should have seen that one coming from a mile off. Just as well you have the colossal expanse of space to go off and hide in, eh?

Time for a catnap!

Seriously, Admiral, a space battle isn’t the time for you to clear off and have a bit of a sleep. Professional standards, mate, do a course!

True, a bit of a blunderous one, too! Oh well, a bit of peril never did anyone any harm, did it? Except for anyone blown to smithereens in a spaceship inferno.

Jesus, mate, you’re getting a bit racist there. Calm it down or you’ll face an employment tribunal. That’s if you survive the space battle. Up your game, Admiral Ackbar!

No, it’s the Death Star. We understand as a type of giant lobster thing you may have a natural hatred of crabs, but we assure you there are none in deep space. Probably.

Uh oh, have you been wracking up expenses on some international bars, Admiral? Well, time to pay that off, mate. Can’t scuttle your way out of this one, fish face.

Admiral Ackbar, an impending space battle is not the time to be worrying about your weight gain. Lose weight later, should you survive Darth Vader.

Don’t start with the determiner battle at such a moment, you fool, concentrate on staying alive!

Just an idea, why not go for that one? Trap, yeah sure it’s punchier. But we think “ambush” has more emotive impact. Plus, you get to use your precious determiner with this one.

Or not, you could totally screw this line up as well if that’s your prerogative as a space military lobster.

Not as catchy, we suppose, plus some of the less intelligent crew members would waste valuable seconds trying to work out what that means.

Really, we have to question this guy’s professional standards if he’s busy thinking about coffee during a crucial survival moment.

This is what happens when you put lunatics in charge.

Sensing the end of the original Star Wars trilogy, Admiral Ackbar gets in theatrical mode to wrap everything up nicely. Except that breaks the fourth wall, you stupid amphibious thing! 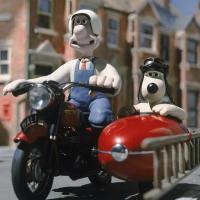