Hiromi Kawakami (川上 弘美 Kawakami Hiromi) is a Japanese novelist—this 2013 novella is a bright, breezy, and dreamy look into life, friendships, and excessive knowledge about mushrooms.

This is the first of her works we’ve read, but other books (such as Tread on a Snake) apparently have similiar themes. Dealing with emotional ambiguity and everyday life is a big part of her canon, it would seem.

Meet 38 year old Tsukiko, who lives by herself and has a mundane office job.

One night after work, she’s dining in a bar when she runs into one of her old school teachers. She calls him “Sensei”, but despite having 30 years on her they hit off a strong friendship.

Early chapters explore their personalities as they discuss their lives over tea and food. Strange Weather in Tokyo almost feels like a culinary exploration of Tokyo dishes early on, there’s a lot (a LOT) of discussion and descriptions of the pair enjoying food.

And as we get to know the two, we find out Sensei has something of an infatuation for mushrooms—a broader knowledge then anyone you know, believe us!

So distinctive Japanese sensibilities are there from the get go. The slow pace is very much like a Tanizaki work—Some Prefer Nettles, for example.

There’s a whimsical quality to the concise chapters. They kind of float along with a laidback, dawdling nature. Sensei and Tsukiko love their food and, my word, are they going to enjoy it and discuss the world around them.

The result is poetic prose, almost with a haiku quality. Especially at the end of each chapter—the writer rounds off with a lyrical, singsong quality.

The point of the novella is to explore the flourishing friendship of the pair, to the backdrop of chaotic Tokyo life.

Romance, it seems, is in the air. Yet there’s a tacit awareness they’re trapped by the confines of how life must work—Sensei is almost 70. They can’t possibly spend much time together.

And in this way the book plays in that traditional Japanese literary exploration of the finest moments in life. We have a quiet contemplation on the nature of everyday happenings.

Sure, Strange Weather in Tokyo isn’t for everyone. But if you’re looking for a peaceful look at finding joy in the simple moments then it’s very much for you.

Bustling metropolis that it is, in our review of Murakami’s After Dark we took a look at the city of Tokyo.

It has a mystical quality, with the iconic Mt. Fuji off in the distance.

And with a population of just over nine million, the place is manic. The subway system is so crowded some employees work as professional pushers.

They stand on platforms to help shove people into the trains—the below clip is from 2006.

It begs the question what to do at the next stop if you’re in the middle? Shove everyone out of your way, clearly.

From a lot of the Japanese literature we’ve read over the last five years, Tokyo often dominates proceedings.

It’s almost like it’s a separate character in the respective text—whether Kenzaburō Ōe, Murakami, or Tanizaki. It’s there, very much alive and kicking.

And why? Well, it’s a fascinating place. The history, the culture, the manic neon lights. It’s an alien world unlike anything many of us in the West ever see.

That’s unless you count Blackpool Pleasure Beach up north, yeah? 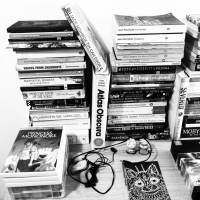 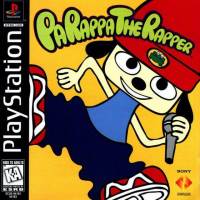 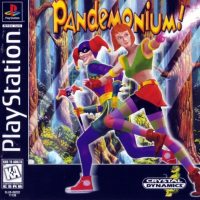