The Cookie Monster: Tribute to This Most Depraved Blue Being

For no real reason, we’re paying a big tribute to the Cookie Monster from Sesame Street today. The big blue one with the sweet biscuit addiction.

Kind of like Morbo from Futurama or Murray the Skull, this blue monster may only have small moments on the show he’s in. But he’s turned himself into a legend!

And that’s mainly due to his unequivocal lust for cookies. That’s commendable. And worthy of a look at his history.

Legendary American puppeteer Jim Henson created the Cookie Monster concept in 1966. Initially there were three of these terrible beings!

One was even based on the English actor Boris Karloff.

They were intended for TV commercials, but they never aired. Instead, he developed the concept further.

You can see some of these unaired adverts below (misophonia experts beware) and all of that munching stuff.

The advert idea dragged on for many years, until it became the concept we all know and adore, adulate, and even revere.

Cookie Monster debuted (if that’s the best way of putting it) on the episode of Sesame Street on 10th November 1969.

So we have Big Bird, Cookie Monster… Animal? Or is that The Muppets? Hang on, what’s the difference between Sesame Street and the Muppets?

Okay, we need an American to explain that for us.

Either way, we must admit Cookie Monster is just a glorious creation. The gluttony. The mania. The blue fur.

But behind that lunacy, there is a message to what this thing has to say/do.

As insane as the Cookie Monster clearly is, he’s still able to dispense with important life lessons along the way. One of those is above.

We suppose the main thing is to eat cookies.

Whether that’s a life lesson or not… we guess so. Don’t eat cookies, kids, unless you’re already fit and healthy with a solid BMI.

Otherwise eat cookies, dammit! Because there’s a monster out there! 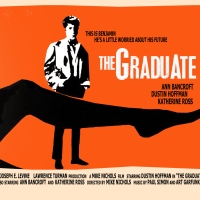