Ponyo is Studio Ghibli’s 2008 animated fantasy film. From the studio’s catalogue, it leans more heavily towards being children heavy.

That’s unlike the likes of Princess Mononoke (1997) and Spirited Away (2001). But its highlights are up their with Hayao Miyazaki’s very best moments.

Ponyo (the fishy film about fish)

Ponyo is kind of a merger of My Neighbour Totoro (1988) with Howl’s Moving Castle (2004). A reference there that lets us get a few links in to our previous reviews!

The plot is about a fish called Ponyo who goes on a journey of discovery into the human world. It is, in other words, a fairy tale.

The film begins with Fujimoto (Liam Neeson), a once-human wizard and scientist, and his many fish daughters underwater.

One of them is Brunhilde. This is Ponyo (voiced by Noah Cyrus).

Initially, Fujimoto seems like a cruel father. But it later transpires he’s simply overprotective and loving.

Early on, though, his children are eager to escape his lifestyle and lead a lives of their own.

After Brunhilde gets stuck in a glass jar, she’s washed ashore where young Sōsuke finds and rescues her. All while a distressed Fujimoto attempts to find his lost daughter.

Brunhilde eventually returns to her father in the ocean after he calls wave spirits to recover her. But in their underwater home, the two argue.

The fish rejects her name and chooses to be called Ponyo. After this, she also breaks free from her home, summons more wave spirits, and goes off on a watery rampage to find Sōsuke.

All of which leads to one of our all-time favourite Studio Ghibli scenes.

We’ve put off doing this review of Ponyo over the years just because we wanted to include this segment. We never could find it on YouTube, but here it is on Daily Motion. Bask in its glory!

Yeah, that’s just something about that scene we love.

The music, animation, lunatic driving style of his mother Lisa (Tina Fey), and all that deep blue water is very raw and dramatic.

It also marks the moment Ponyo and Sōsuke are finally reunited. It’s a liberating moment in the narrative.

And this also begins Act II of the film, which shifts into more of an unusual love story between Sōsuke and Ponyo.

As in, these two are destined to be together and fate has brought them together. Kind of thing.

Not that Fujimoto is happy about it. The beleaguered father continues to struggle with his rebelling children.

Meanwhile, on land, his daughter Ponyo is beginning to adjust to the human way of life.

This includes figuring out how to eat. And it quickly becomes apparent young Ponyo has a thing for ham.

Fujimoto continues his search as a side story, eventually seeking his wife Gran Mamare out on the ocean. She’s the Goddess of Mercy.

But she informs the worried father that if Sōsuke can pass a specific test, then Ponyo will be able to live as a human on land to restore the order of the world.

As Ponyo’s absence from the sea has consequences, such the ocean rising and swallowing up the land around their home.

The narrative plays out in somewhat predictable and gentle fashion after this, with Sōsuke and Ponyo eventually united for a happy ending.

As a result, the film was a step back towards more accessible family-friendly fair for Studio Ghibli and Miyazaki.

Not that there’s anything wrong with that. We should imagine Ponyo is a magical film for kids to watch. But it is for all ages—adults may just find its second half a bit sedate and straightforward.

Hans Christian Andersen’s fairy tale The Little Mermaid was, as you might expect, an inspiration for Miyazaki. However, the themes of Ponyo aim towards acceptance, harmony, love, and happiness rather than self-sacrifice.

All with Miyazaki’s regular underlying theme of environmentalism.

Ponyo’s oceanic world is littered with rubbish and filth left from humans. It’s a reminder for younger viewers to care for the planet.

It’s also one that provided us with that fish out of water scene. For which we’ll forever be grateful.

Its release worldwide followed from Studio Ghibli’s success at the 2003 Oscars with Spirited Away (2001), which finally brought widespread attention to the film studio in the west.

Along with its commercial success, it was a critical darling as well gaining international acclaim.

Many critics saw Ponyo as the film studio’s attempt to make another type of My Neighbour Totoro, just for a new generation of kids.

The family-friendly nature of the film was, indeed, the whole point.

Miyazaki’s friend and long-term colleague, Toshio Suzuki, suggested he make a movie for children again. Famous for his meticulous nature, the director spent several years developing out his ideas.

Miyazaki set out to create fictional and real-world influences for the plot. So the town where Ponyo is set is very real.

It’s called Tomonoura (鞆の浦) and is a seaside town with a harbour and some impressive views. Miyazaki stayed there for two months in 2005 and was impressed by its idyllic nature.

Whilst there, Miyazaki spent his team sightseeing, socialisng, and reading the works of novelist Natsume Sōseki (1867-1961).

Anyway, for Miyazaki it was actually The Gate (1910) that inspired the director. The work even has a character called Sōsuke in it.

He also took the themes from The Little Mermaid and developed on them, wanting his central characters to convey more soul and greater depth.

Then he visited the Tate Modern in London to overcome a creative block. And he listened to Wagner’s opera Die Walküre for further inspiration.

And that’s why Ponyo is initially called Brunhilde, in reference to Brünnhilde—the eldest of the nine Valkyrie.

On a final note, Miyazaki was clearly very happy with the film and wanted to make his next project a direct sequel.

However, he was convinced to complete The Wind Rises (2013) instead, with what was supposed to be his final film before retirement.

The great news is Miyazaki has come out of retirement again at 80 and is working on what will (apparently) be his new final film.

It’s an adaptation of the iconic Japanese fairy tale How Do You Live? 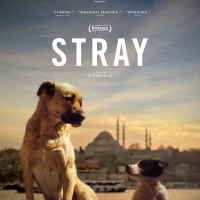