Celebrities: If They Hadn’t Been Good At The Day Job

Welcome! Notice how the image of a mop and bucket is cramming this text over to one side? That’s a metaphor, that is, for what happens when you don’t get famous! We jest. Fame isn’t anything at all. And money is not important.

So, this is a special feature about what celebrities famous for their “amazing” “talents” would have done had they not been immensely blessed by the Flying Spaghetti Monster.

What If They Weren’t Famous?

Bit of a mouthful that sentence, eh? Well we’re not re-structuring it, so deal with it. Note, some of these celebrities we are actually very fond of. Others we are indifferent. Some we positively detest.

But how could we, a bunch of inept freaks, possibly know what they would have done had they not been famous? What makes US so special? Why, with a skill like that surely YOU would be famous? Well now, you see, it’s simple.

The voices in my head (only I, the others at Professional Moron do not have direct communication with Its Omnipotence) are from The Flying Spaghetti Monster, and it is telling me all these things. It says, “Mr. Wapojif, you look staggeringly blasphemous this morning!” And I apologise and do 30 press-ups.

Except I can only do 3. Still, who needs immense strength when I have the mental capability of listening to the almighty Flying Spaghetti Monster inside my head? Proof, if ever it were needed, that I am more sane than anyone reading this!

Who is he? He’s a race driver extraordinaire. Michael Schumacher dominated Formula 1 for ten years, and is good enough even now to return as an Old Age Pensioner and do a decent job. Has an angled chin, but is still strangely sexy.

But With No Fame? Michael would have been an Ostrich farmer on the outskirts of Berlin.

But With No Fame? Bon Jovi would have been a surfer in Australia until his career was cut short, in 1997, when a Great White Shark chomped his hair off. The shame of being bald forced him into retirement.

Who is she? Attention seeking, mildly-talented songstress with a penchant for FILTH!!! and controversy.

But With No Fame? Madonna would have been a shelf stacker in Lidl.

Who is she? Attention seeking, talentless songstress with a penchant for FILTH!!! and controversy. Also has a stupid name.

But With No Fame? Lady Gaga would have been inventor of weird and wonderful sandwiches (which we ourselves are fairly good at, so hands off our patch Gaga!)

Who are they? Hugely irritating Irish singing freaks determined to indoctrinate a generation of idiots into being even more stupid.

But With No Fame? Not being suitable for society in any respect, Jedward would have been maintained in a cage in a dungeon deep underground.

Who is he? Popular black Labrador who causes mayhem in London parks.

But With No fame? Fenton would continue to cause mayhem in London parks, but with less popularity.

The Queen of England

Who is she? She “rules” over the British with an iron fist, crushing any acts of sedition with mass executions (NB: this is most probably false).

But With No Fame? The Queen (Or Liz) would have been a continuity announcer for the BBC. “One announces it is now time for a spot orf cricket.”

Who is he? Mop haired lunatic who runs London whilst jabbering maniacally.

But With No Fame? Boris would be a bus driver. Deffo.

(We apologise for the small photograph of Boris but the only way we could fit his massive head on here without taking up half of Bob’s piece below was to “go thumbnail”.)

Who is he? Mop haired, simpering goon who has done lots of brilliant charity work and also lots of utterly dire music.

But With No Fame? Bob would have been Prime Minister.

Who is she? An overhyped, overly fake, and very spoilt songstress who is fawned over by pre-pubescent adolescents and “lads”.

But With No Fame? A till girl in ASDA (handbags at dawn).

Who is he? Current king of comedy known for his surreal, history laden anecdotes.

But With No Fame? He would have been the first human being to scale Mount Everest wearing only a bobble hat and some slippers. 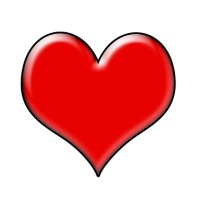 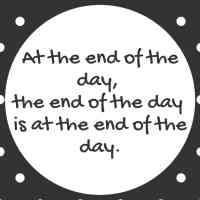 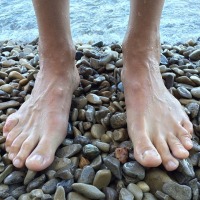