Next week we’re holding a mightily special Noodle Week which we’ve dubbed Oodles of Noodles. Exciting, right? You bet! For 7 days we’ll be going on about nothing but noodles, specifically the instant noodles we’ve purchased and will be taste testing out for your reading leisure.

In preparation for this we’ve decided to spell out the difference between Spaghetti and Noodles. To the casual observer, spaghetti and noodles are the same: cylindrical in shape, mushy upon the gob, kind of bland if we’re honest about it, but dead ace when smothered with sauce. Without them, why we’d be lost in this big old world.

In terms of etymology, we’ve no idea where the words came from. However, rumours have it that spaghetti originated in China, although most people consider it a Welsh dish. Sorry, not Welsh. That other country near Wales… Russia. That’s the one.

For sure as sure can be sure, Noodles were invented in China. We know this as China has an “n” in it, innit, which is why noodles starts with an “n”. Fact.

Ever since they’ve been popularised by Pot Noodle and other noodle based food companies. Such as Nestlé , who recently had to destroy 400 million packs of their product. We guess they weren’t instant enough.

To spell it out to you imbeciles, the simple difference is noodles are made out of starchy stuffs, whilst spag is wheat flour. You’ll notice you fry up noodles – try frying up spaghetti and you’ll incite World War III upon your kitchen.

How one eats the two is different, too. Whilst a Ph.D. is typically required to successfully navigate oneself around a plate of spaghetti bolognese (along with a ballet-esque sprightliness), noodles can be shovelled into ones face with the use of hands of just by ramming your face into a plate.

Cultural refinery, you see. Choosing between two food stuffs which are, for all tents and porpoises, the same marks the difference between you being a slovenly slob, or an erudite upper class toff.

And there we have it. Now you know the difference – don’t you bloody dare bring this question up during our Oodles of Noodles week. You have been warned. 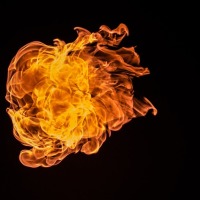