This insulting and defamatory saying is one of the most insulting and defamatory out there. Our disgust with it stems from the superfluous, and inexplicable, use of the word “git” to conjugate the verb “horse”. What has a horse ever done to anyone? Furthermore, why would you ever call a horse a “git”? It’s so ridiculous we had to put the matter straight today.

This saying is also indicative of a nanny state nightmare which has been caused by these liberal times of ours. The fact is, if we want to look a git horse in the mouth, we will bloody well do so, thank you very much. No amount of PC hoo-hah stuff will stop us from carrying out our plans, no matter how idiotic they may or may not be.

Don’t Look a Git Horse in the Mouth

As we’ve discovered with our ongoing sayings series (which includes Hell hath no fury like a woman’s scones), sayings tend to be based on age old proverbs that were invented up to hundreds of years ago, but have stuck around due to complacency and a desire to be able to quip these things in order to sound intelligent.

Let us pose this question to you, reader: have you ever looked a git horse in the mouth? Clearly whoever invented this thing did. The saying first appeared in English print in 1546 in John Heywood’s clearly rather riveting tome – A dialogue conteinyng the nomber in effect of all the prouerbes in the Englishe tongue. Other than being a bit drunk when he wrote that title, he did come up with this saying which has hung around for generations. This is his legacy.

It’s a bloody stupid legacy, but at least it is one. Now, he probably picked it up from a Latin text, which is where we believe the real origins of the saying come from. Latin people would have used lanterns in order to keep writing in the evening (electricity didn’t exist during antiquity), which their pet horse would have held in its mouth (probably). This would have led to occasional awkward moments when the writer would forget the horse is there, turn, and come face to face with a horse, leading to an exclamation of profanity. Thusly: don’t look a git horse in the mouth.

Now we’ve cleared that up, let us take a look at horses. Should there be more of them? Fewer? What is the modern purpose of the horse? Such complex questions can’t be answered easily, which is why we’ll cram in a brief overview in the next 100 words. Simply put: horses are upright animals with a big swishy tail, funny teeth, and the onomatopoeic ability to reel off “neigh” as if it isn’t something of a cliche.

More importantly – are horses really gits? The definition of git in the Oxford dictionary (the best one) is: “An unpleasant or contemptible person.” We think it’s fair to say the horse is not human, so this is simply moronic reasoning from ancient human beings. Thusly, we recommend the saying be reworded: “Don’t look a git in the mouth”. There we are – a life lesson and truthful statement all in one, all whilst saving horses’ dignities the world over. Lovely. 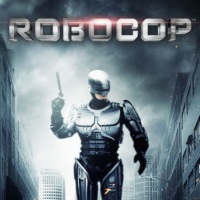