Here’s one of the best Stephen King film adaptations, a disturbing psychological thriller with a manic (and enthralling) central performance from the legendary Kathy Bates.

Misery (the movie, not the book)

Directed by Rob Reiner and launched in November 1990, it came a mere three years after the release of King’s eponymous work.

When travelling one day between Colorado and New York, he crashes his car in a snowstorm and is left badly injured.

Luckily for him, local nurse Annie Wilkes (Kathy Bates) stumbles across the car and is able to rescue him.

She puts him up in her home and he’s left bedridden with two broken legs. But Wilkes is mild-mannered and kindly, vowing to look after Sheldon until the storm passes.

Feeling indebted to her, Sheldon lets her read a manuscript of his latest book and, during this, Wilkes begins exhibiting markedly disturbing behaviour.

On several occasions she flies into a rage over certain plot developments, such as profanity in the text.

She also discovers that Sheldon plans to kill off Misery so he can begin a new book series.

That’s the turning point of the plot, as Wilkes really loses her crap.

She reveals to Sheldon no one knows of his whereabouts and she has the only lock to his room.

Aware he has a maniac on his hands and he can’t just walk out of there, Sheldon realises he’s in a pretty pickle of a situation.

She orders him to burn the manuscript and start again with a new work called Misery Returns, with the character in the full flow of life.

During this time he works on the new novel to appease Wilkes, whilst plotting to escape her home in any way which he can.

After Wilkes becomes wise to this, his efforts result in the notorious hobbling scene.

We’ll leave that clip out as this is a family site, but let’s just say it’s rather wince-inducing. We have a running joke on Professional Moron where we mention hobbling as a solution to various situations.

Yep, that’s a homage to Misery!

Also, we’ll note that in the book Wilkes actually amputates one of Sheldon’s feet. In the film, this was changed to hobbling with a sledgehammer for the reasoning (and we kid you not) that it’d be easier for cinemagoers to generally sympathise with Wilkes due to her illness.

And that the amputation thing would have gone too far.

However, we’re not sure many people sympathise with her. More just view her as someone who could seek help, chooses not to, and is all the more terrifying for it.

Anyway! The tension continues to ramp up as the extent of Wilkes’ lunacy becomes more and more apparent, with overt nods to her murderous past.

This all means will unlucky Sheldon get out of there with his life? Or not!?

And, well, we won’t drop any spoilers there in case you’ve not seen the film. As it’s aged rather like a fine wine.

Human mental ailments aren’t going out of fashion any time soon and so seeing such a convincing portrayal of it across 107 minutes is quite the ordeal.

Caan is excellent as the hapless Wilkes. But Misery belongs to Kathy Bates, whose performance won her an Oscar for Best Supporting Actress at the 1991 Academy Awards.

Good! Rightly so. She scares the hell out of us, but that’s the sign of a commanding screen performance right there.

And as a film Misery is claustrophobic, chilling, and darkly fascinating.

Where is my Mind? With Annie Wilkes!

For Misery to work as a thriller, you need the antagonist to be top notch. And that’s why Kathy Bates is in the film, as she’s bloody terrific.

If you think of female monsters in film history, the likes of the quietly monstrous Nurse Ratched from One Flew Over the Cuckoo’s Nest (1975) spring to mind.

As the viewer, you can’t help but feel an increasing twinge of discomfort as Wilkes’ true nature becomes apparent.

And you can relate to poor Sheldon as he, trapped in her property, has to get into character and act to try and keep her calm.

A forensic psychologist reviewed her case on the film’s DVD release and concluded she’s a classic example of:

In short, Wilkes is an absolute lunatic who uses a sickly sweet persona to hide the monster within. And Kathy Bates nails all of that with some serious verve in the performance of a lifetime.

As for the film’s portrayal of these mental disorders, obviously Wilkes is presented as the terrifying nightmare to fear.

But not everyone with these sorts of disorders is like that. Many lead lives with a concerted effort to control their issues and contribute to society.

However, others don’t. We won’t delve into this too much, but the film reminds us of a real-life incident we had whilst holidaying in America.

Thankfully for us, we could flee the situation with our un-hobbled legs minus any pre-nightmare car crash injuries.

When you do come across someone genuinely malicious it’s frightening, disturbing, and requires you to keep a level head so you can get away from them as quickly as humanly possible.

And that’s our advice to all of you out there if you get into a similar situation. Don’t try and see it out. Don’t think you can talk sense into the person. You can’t.

Instead, bolt—get out of there and never have anything to do with them again. And you’ll lead a much happier life for such a decision.

All clear?! Good! So, we refer you here to JCS – Criminal Psychology if you’re interested in learning more about forensic psychology and true crime.

Its performance at the box office was hindered by Home Alone, the family-friendly comedy romp having launched slightly earlier.

As for the production, the role of Sheldon was offered to all sorts of big names. Including Kevin Kline, Michael Douglas, Harrison Ford, Dustin Hoffman, Robert De Niro, Robert Redford, and Al Pacino.

As they all turned it down, James Caan was suggested. He’d made a name for himself in the ’60s and ’70s in films such as The Glory Guys and The Godfather.

Kathy bates was cast after Anjelica Huston and Bette Midler turned down the role.

Misery made Kathy Bates a household name overnight and kickstarted her career proper (she was in her early 40s at the time).

She went on to star in massive productions such as Titanic (1997).

Misery was also well received by critics and is still the only Stephen King adaptation to bag an Oscar. Neat, eh?

And the author is also a big fan of the movie, stating it’s one of his all-time favourite book-film efforts. Nicely done, director Rob Reiner! 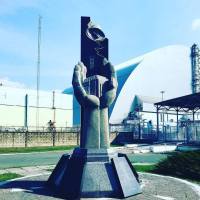