10 Funny Meals To Make Over The Easter Weekend

Okay! So it’s the Easter weekend and everyone is off for four days. Four. How unbelievably epic!

The only way it could be better is if it had been five. Or six. But that’s missing the point—we’re happy with four.

So how to celebrate this unusual break from the capitalist regime? Cook! Cook meals of grandeur beyond any possible belief system that humanity has ever created.

And by this we at Professional Moron are not suggesting some sort of Orwellian dystopia (think Nineteen Eighty-Four) where all is unusual and unwell—we’re on about having a nice time.

So don thy cooking mitts, aprons, and hasten away from your microwave. It’s time to cook a proper meal!

For this you’re going to need a sheep. How you go about this is best left up to you—mum’s the word we will not tell. Then you have to a haggis website and they’ll tell you the rest.

Following on from the haggis bit, but with Marmite. And as a soup.

Well what can you say about jam? It’s, like, OMG, the best thing ever. And in a sandwich!? OMFG! Not to be mistaken with ham and jam sandwiches.

Yeah, Babybels are great. We all can recall that idiotic advert and rejoice as we walk down the street. “Bah bah bah, bah BABYBEL!” Curse advertising. Curse advertisers—rot in the fires of hell you scum!

Well you put bread in the toaster and it comes up as toast. A bit of a cop-out this one, we agree, but then… so was Watergate. And, you know, Tony Blair. Just look at his ears. Bastard!

We are actually going to perform this at some point. It’s fairly simple. Ingredients: 1 Pot Noodle, 1 Baguette. Obviously after the Pot Noodle sandwich has cooked you drain the fluid, and then add the mess to the baguette.

Now Mr. Wapojif used to love fig biscuits as a child. He really did adore those damn things. It’s only as an adult that he’s realised how crap figs are, but nostalgia has it’s wicked way with us all. He eats seventeen of them daily!

A Giant Bag of Spinach

Run out of ideas, Professional Moron? Nonsense! We have notions in abundance! Spinach is glory! Just don’t eat too much as you’ll end up with gout.

Alright, this was a bad idea. Ham’s naff at the best of time. Even if you spread marmite all over it.

Oh, man. We’ve hit a new low. First, you need to try out the spammock.

The best thing about your Easter weekend, four days off, is spam? Dang. Not good. At least it’s cheap. 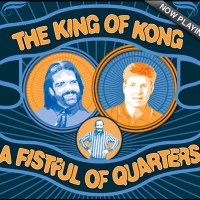 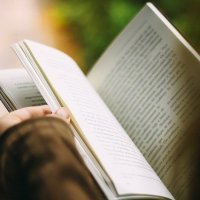