Father Christmas – the fat, drunken sod! Nah, we jest. We love him really. Life without Santa would be like life without donuts; things would sort of be more normal but not really. A non-donut world would, incidentally, simply force people to eat more ice cream, so Santa’s existence effectively stops folk from converting to some other insane weirdo to give them their annual presents. “Such as whom?!?!” you roar. Well, how about Father Bin Man, who dishes out presents he finds in all the bin sacks around the world? Or Father Lost Property who can only dish out stuff the public leave behind on busses, and trains. Innit.

We don’t care for that, though. We demand proper presents at Professional Moron. We actually got office pet Beans the Chinese Dwarf Hamster her Crimbo gift yesterday; an assortment of food stuffs and chewing items which were strapped to one of those sock hanging things. What are they called? Christmas Stocking, thaz it. Hopefully she’ll enjoy! Now onto us; here are the gifts we hope Santa will be stuffing through our chimney! Hurrah!

An army of them! Seriously, we want something odd to boast to our friends about. We also want to terrify the local neighbourhood, and what better way than to storm the streets with a few thousand goats and rats! Peculiar, you might opine, but then we are peculiar sorts at Professional Moron.

They are the most amazingly weird animals. The more you stare at a giraffe the more you realise the beasts are just so very, very odd. Evolution didn’t really work wonders for them. Their lanky, emacient pin legs strut them about so they can get at tall trees, but have you ever seen one trying to get a sip of water? It’s like Dante’s Hell! Anyway, we’d quite like one of these dudes hanging around to remind us that even animals can be ungainly and awkward. Plus we’d make it dance to ABBA and post a clip on YouTube, thus becoming millionaires.

A parrot skilled in the catchphrases of Arnold Schwarzenegger

Also, to add to this desire, we want Big Arnie himself to have taught the bird his sayings. We also want a personalised message, something like, “I am Arnold. Arnold Schwarzenegger. I crush fully grown human males for breakfast! Hah! Hahahahahaaaa!” This would make us very happy indeed. It would also startle guests at dinner parites. Imagine, everyone is there enjoying their main of Beans on Toast when, all of a sudden, “RUUUN! GET TO DA CHOPPA!!!!” (this quote is from Predator, incidentally). ‘Twould be amazing!

We figure it would be decent fun having Mozart lounging around our property doing his thing. More than likely this would be writing music as, you know, that’s what he’s famous for. We’d get him to write a melody or two about cheese, marmite, ahlete’s foot, and that stuff that gathers in the corner of your eyes after a night’s sleep. We’d also introduce Mr. Mozart to the sci-fi nature of the Earth. Wolfgang Amadeus was last on the Earth a couple in 1791 which, unfortunately, is a fair old thyme ago. Imagine his surprise to see a ten-tonne lorry speeding Kit Kats to their destination! Awesome!

An enormous block of Cheese

Cheese is, by definition, cheese. Frankly, what would we do without the stuff? Not a lot, that’s what. Cheese is the supplier of all that is good and bad about food; a delicious thing that is also incredibly high in fat. Eat a lot of the stuff and you’ll be as red faced and fat as Santa himself. Ho hum, woe is humanity. This won’t stop the Professional Moron staff from gorging on the stuff, though. Ho ho no! 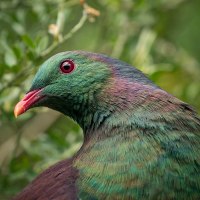