This one has been sitting about staring us in the face and we’ve not acted upon the obviousness of it all: why hasn’t anyone ever made crisps soup? Granted, you have things like leek and potato soup but, like, you know, that’s proper potato and we’re, you know, after trying out remarkable ideas which will push the boundaries of the food industry. Crisps soup it is – it’ll be a big hit with crisps fans!

The great thing about crisps is they’re just so gosh darned easy to eat. Pick your packet, sit yourself down next to someone on public transport, rustle away at the bag, open it, and start stuffing them into your stupid face whilst munching away! Guaranteed – your fellow bus traveller will revel in your crisp munching satisfaction and not at all be infuriated by your grunting and lip-smacking glee. Crisps soup can only add to this spectacle!

Crisps soup has been designed for the modern human. Whether you need to eat something on your commute, want a healthy snack at home, or just want to go on a crisps soup binge, then this recipe is for you! How we make them, right, is to get a load of crisps (segregated by flavours, of course, so let’s just use ready salted for this example) and stuff them into a blender with a pint of full fat cream. Blend and then add to a saucepan.

As with any soup, and seeing as these are crisps after all, you can then add 20g of salt and heat the concoction until it is frothing and bubbling away quite merrily. You can then serve, or add to a plastic container for consumption at a later date. Soup is, as we know, easy to transport around – it’s also cool, which means you can crack open your tub anywhere and let people stare on in envy.

It’s best to save such moments for public transport to really hammer home the brilliance of the recipe. Seat yourself by someone, get the tub out, and open it up. There will be tuts and grunts of annoyance, along with the possible remark of “Jesus Christ, that looks like vomit!” (assure the speaker it is not vomit but, in fact, crisps soup), but these people are just jealous. Crisps soup is a delicacy and you should be an early supporter of its brilliance pronto.

Now now, calm down! Give us time to pass our recipe past numerous health and safety regulations. Apparently, the 20g of salt per 100g of crisps soup is far in excess of the legal daily limit for an adult – 6g. Whilst we’ve indicated the salt level is simply due to the amount of salt in the product, the UK’s Food Standards Agency (FSA) has stated: “this doesn’t address the hazardous nature of the product [we] have created.”

Undeterred, we will be dropping the salt totality by 10g and slipping the FSA a bribe in order to get this product marketed. You can, of course, make your own crisps soup (seeing as we’ve supplied the recipe and all), but once you’ve seen the giant Professional Moron stamp on the side of dinky cute soup pots, your consumerist brain will cave in and you’ll pay us £10 ($15) a go to revel in the lovely, goopy mess. Enjoy! 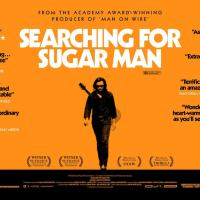