Contestants aim to “chug” as many litres of soy sauce as humanly possible, with the winner set to take home a lifetime’s suppy of the fermented soybean condiment.

But as 300 “Soy Saucers” (parlance for the championship) started drinking heavily, within an hour many were rendered unconscious on the floor or enduring psychotic episodes.

Professional Moron was at the inaugural event in Bolton, Greater Manchester, to cover this terrible disaster.

The brainchild of chefs Dave McMurray and David McMurrayson, the two conceived the idea when watching drunken students betting to drink a bottle of soy sauce:

Gathering funding throughout 2017 and 2018, the duo advertised for the event across Greater Manchester. With participants (almost all of them drunken students, for some reason) lining up, the June 2019 launch was set.

With paraphernalia and other marketing materials drawn up, the chefs were delighted to find 300 contestants ready and willing for the 3rd June 2019.

The “kick off” was set for 1pm, with the event held in Bolton Town Hall.

There was much anticipation for the start, with tension building amongst the audience and 300 contestants.

10,000 litres of soy sauce was acquired (“Not illegally… honest!” McMurray informed us) for the event. And at precisely 1pm, the contestants enthusiastically started to down litre after litre.

With the crowd roaring enthusiastically, these cheers turned to screams of unbridled terror within half an hour.

The first sign of trouble came when contestant #144 turned a funny colour, stood up, staggered, threw up, and annnounced: “Don’t let the toilet marry my wife!” He then lapsed into unconsciousness.

Many other contestants began to suffer the effects of excessive sodium intake. Contestant #233 sprinted past us with bloodshot eyes, veins popping out of her forehead, and all to the scream of, “My left leg is my mother-in-law!”

As pandemonium broke loose and the event descended into anarchy, through CCTV footage we were later able to discern what happened to various other particpants:

“It were ‘orrible!” David McMurrayson told us. “For next year’s event, we’ll bring along a few stomach pumps to make sure they can keep chugging for longer.” 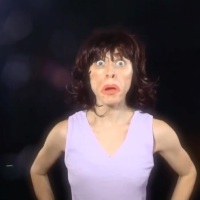 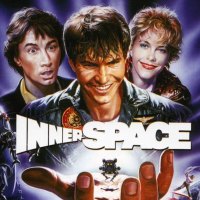 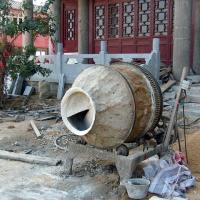