All that’s left now is to make sure you’re the goddamn model of human perfection. Meaning!? You gotta hit the gym! Enter Gobby Gary.

Are you sick to death of puny gyms 20ft by 20ft wide!? Well, now you can come on down to Gobby Gary’s Gigantic Gymnasium Group which is 25 acres across!

Yes, our gym is goddamn enormous! Almost as big as my mighty man muscles after years spent lifting big bastard weights in a PUNY gym!

Well, I’d had enough. And you’d had enough! We’d all had enough! So, now Gobby Gary’s Gigantic Gymnasium Group is set in a giant area out in the countryside.

All our equipment is spread many hundreds of feet apart, meaning you have to run a bloody mile if you want to go from your treadmill to exercise bike. Hell yeah!

Take your workout to the next level and:

Gobby Gary’s Gigantic Gymnasium Group is open 27/4, 365 days a year and you’ll have to spend at least 100 days a year making your way from one side of the gym to the other!

It’s The Best Gym EVER!

Gobby Gary’s won Best New Gym of the Year at the annual Gym Rating Competition. And that’s partially down to our cutting edge gym features. Check it out!

We have 30 Gobby Gary’s spread across Europe and plan to invade North America in 2022.

We’re already occupying 750 acres across the world and won’t stop until we’re annoying as many non-gym goers and environmentalists as possible!

Yes! That’s 32,670,000 square feet we’re taking up with huge expanses of nothing between treadmills and other such kit. Yes!

Not convinced? Check out this amazing feedback from our satisfied customers!

Only one of whom died due to chronic exhaustion after providing a testimonial! The death probably wasn’t related to our gym layout!

“I used to hate having to exercise next to fat, gross people. But now thanks to Gobby Gary’s I don’t have to.” John, 21, Bolton

“Gobby Gary’s Gigantic Gymnasium Group is a great gym. It’s dead good. It’s massive! I used to hate running but now I have to if I want to use any of the equipment!” John, 22, Bolton

“I went to Gobby Gary’s gym and after a week I was still lost and hadn’t used any of the equipment. But it didn’t matter! I’d run 65 miles and that was me exercise for the week!” John, 25, Bolton

“I’d never used a gym in me life, but then I wandered onto Gobby Gary’s by accident and got lost walking about. By the time I’d found me way off a week later, I’d lost four pounds! I reckon I’ll go back next week.” John, 65, Bolton

Go to Gobby Gary’s Gigantic Gymnasium Group. It’s the best gym in Bolton, England, the UK, Europe, and the world! 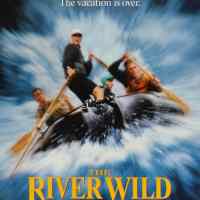