Ribena: Fruit Squash That Bolstered Many a Childhood

There’s a magical British drink from childhood that’s slaked many a thirst and ensured the nation could continue on with its empire.

Ribena is said drink. And, therefore, it is glorious. Thus, its legend alongside Lucozade and dandelion & burdock continues to this day.

Let us explore this soft drink and its history! For it has blessed many a life with its blackcurrant-based goodness.

It’s a blackcurrant flavoured squash (cordial), most famous in its uncarbonated form in a protracted plastic bottle with concentrated fruit drink in it.

However, Ribena is also available as a carbonated soft drink.

There’s a competitor on the market called Vimto, too, which is a Lancashire brand. We may do a separate post on that!

But for now, the popularity of Ribena is with Brits stems from childhood, as growing up most of us (except for superior upper class people) would have a bottle of it lurking somewhere in the house.

And Ribena proved a cheap and effective way for mothers to get kids to drink water and ingest some vitamin C.

As with the likes of Branston pickle and the Oxo family (gravy cubes), the brand followed the tried-and-tested wholesome family-friendly advertising campaigns. Behold this one from… probably the 1970s.

So, as you can see, this is how a drink becomes a British icon. Get mothers to like it! And this mother knows her stuff!

“I remember when Julia was a little girl. She didn’t get scurvy thanks to me! And now here kids don’t have scurvy either!!”

Just in case you never have access to any fresh fruit around you, get some Ribena to avoid scurvy.

Anyway, what’s it taste like? Well, what you do is pour a small amount of Ribena into a glass. Then top it up with water.

As kids, we’d often think things like, “Right, we want a strong one!” And pour in a LOT of concentrate. Then top up with a small amount of water.

The kick you’d get from that put hair on your eyebrows.

Truly, the reason everyone at Professional Moron is so manly is all thanks to Ribena. Mark our words on that!

The History of Ribena

Ribena was introduced to the British market in 1938 by H.W. Carter & Co. That was a Bristol-based business.

This was after research into pure fruit syrups at the Long Ashton Agriculture and Horticulture Research Station in North Somerset. In 1933, a scientist called Vernon Charney at Bristol University developed a fruit concentrate.

He did that using a pectinase enzyme process.

As this had so much vitamin C in it, all his peers were amazed. And so the botanical name of blackcurrant (Ribes nigrum) was condensed into Ribena by Mr S.M. Lennox in 1938.

Now, this was all perfectly timed for World War II. As fruits were so difficult to come by during England’s war effort, the British government was intent on the cultivation of the nation’s crops.

To preserve the fruit for as long as possible, almost the whole of England’s blackcurrant crop that year was made into a concentrate syrup.

H.W. Carter & Co. manufactured all of that and it was distributed out to kids for free so they could, in one small way, stay a bit healthy.

After the war, production of the syrup moved to Coleford in 1947. Anyone who read our Lucozade post will now spot a bit of déjà vu:

However, although Ribena was traditionally viewed as a healthy product, modern concerns over concentrated fruit drinks have led to recipe changes.

In 2018, a sugar drinks tax was introduced to try and curb rising obesity and diabetes issues in the UK.

This led to a change to Ribena’s ingredients, with sugar reductions and an artificial sweetener added.

The Types of Ribena Drinks

Yes, there are a variety of these things around! You can get the following types of Ribena:

That’s a lot of soft drinks right there. Not exactly limited for choice, eh?

The traditional variety is the most nostalgic for us, as we remember the carton and plastic bottle ones playing a big part in our childhood.

Thank you, Ribena, as without that we would have died from scurvy.

How to Make Cordial

If you want to avoid scurvy, then a cordial is a fantastic way to go about your life without it (scurvy).

The man bloke in the above video does a good job of explaining why you may want to cook up your own batch.

And if you wanted to make, say, a raspberry cordial then you’d need the following:

So, yeah, just a mass of sugar really. If you’re really that desperate for vitamin C, then we suggest you just eat an orange. 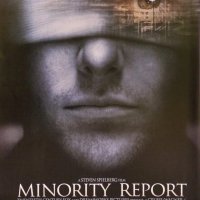