It was Valentine’s Day yesterday, but this won’t stop us from coming up with a new Valentine’s Day recipe for 2018! Yes, the keBabe is like a kebab but leaning towards the brilliant word known as: “babe”. For some, this will make you think of the 1995 classic (“That’ll do, pig”), but for younger generations, this is the ultimate flirtatious remark!

Indeed, throw a “babe” at the man or woman of your dreams and you’ll be “in there”. Conversely, throw a kebab at your crush and you’ll generate considerable ire – it’s just how the world works. So, what would happen if you combined the two to get the best out of kebabs, whilst also landing your dream date? Let’s find out!

Many British men in their 20s will be familiar with the kebab. Staggering around drunk at 2am in the morning with one greasy slab of pitta bread, mayonnaise, and some arbitrary meat jammed in there, it’s the last ditch opportunity to show attractive young ladies you’re a real man. Indeed, a real man who can slur his words and launch invective in the air upon being rejected. ‘Tis but a most tragic, oft repeated scene.

It doesn’t have to be so! The keBabe has been designed to generate wanton lust in staggering measure, whilst also slaking one’s drunken desire to feast on disgusting foodstuffs. So what is this all about? Chill out, babe, and you’ll find out!

It’s your standard kebab which is, naturally, mixed with illegal pheromones taken from the braying nostrils of an outraged walrus. This is the “babe” element – the bit that takes your kebab and adds some serious oomph. As you stand there at 2am, the keBabe kick off its pheromones to positively sway suitors in your direction. It’s a modern day, utterly illegal way to hitch a date!

The only problem here is pheromones will attract absolutely anyone, so whether you’re gay or not this thing is going to have a lot of people on your case. The best option is to shove your fist into the face of anyone you don’t like, but drool “Hello, babe…” in the direction of anyone who looks relatively appealing.

Who needs online dating when you have the keBabe? It’s super efficient and will fill you up with putrid kebab whilst you peruse the streets trying not to get arrested for drunk and disorderly behaviour.

As a food, the pheromones will add an utterly repellant edge to your kebab, but then you’ll be wasted anyway so we recommend you don’t worry yourselves about that much. Just be aware, if you do barf after consuming the keBabe your attractive rating will drop a notch – especially if you lose consciousness as well.

It doesn’t matter if you’re Brad Pitt, Channing Tatum, or Seth Rogen – if you’re face first on the floor in a pool of your stomach contents, the previously shrieking ladies will no longer be impressed. No amount of pheromones will save you there, sir or madam. 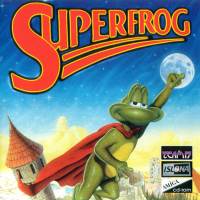