Welcome to the first edition of our latest feature. It’s about alien abductions from real life abductees.

The plan is to cover abduction stories from those willing to tell their tale. We’ll then rate the experience based off its believability and whether it’s the type of alien abduction you’d want to experience.

Why are we doing this? Well, because we feel it’s time to document real stories by real abductees!

We’ve been abducted by aliens over 35 times and want to compare experiences and reveal that the truth… is out there. Probably.

Mr. Lord was abducted by aliens whilst he was skinny dipping in a Lancashire reservoir. He says a saucer-type craft “zapped” him up.

The aliens placed him in a room with a cardboard box and he was then subjected to 37 hours of Walk Like An Egyptian by The Bangles at eardrum-shattering volume.

The aliens later explained this was to make Mr. Lord feel “at home”. He said it had the opposite effect.

Mr. Lord describes the aliens as perpendicular in shape, with small eyes that he said, “Look like them things you get in boxes of Jaffa Cakes.”

They didn’t reveal many details about their species and only conversed with the abductee on seven occasions.

Despite this, Mr. Lord was able to determine the Jaffa Cake monsters are fluent in English.

They’ve also mastered the middle finger, French profanity, and have a deranged fixation on the Welsh town Llanfairpwllgwyngyllgogerychwyrndrobwllllantysiliogogogoch.

Mr. Lord insists the aliens are innocuous, other than the desire to obliterate Llanfairpwllgwyngyllgogerychwyrndrobwllllantysiliogogogoch with a space cannon.

However, and thankfully, the aliens haven’t yet constructed the aforementioned space cannon. This is because, as Mr. Lord explained, the aliens aren’t particularly advanced as a civilization.

When he quizzed them why they have an intergalactic spaceship capable of travelling 12 times the speed of light, it transpires the aliens acquired the craft after another, far more advanced, alien species crash-landed it on their planet.

That was 3,000 years ago. Since then, the aliens have toured the universe making inane threats towards locations with names they find irritating.

Due to this assessment, we must place this alien species on a TLR (threat level rating) of 3/10.

Probably ineffective in war, but better safe than sorry—keep an eye on them.

Mr. Lord says he was only allowed out of the room once, when the aliens arrived at their home planet 35 billion lightyears from Earth.

He said the aliens led him around the planet on a leash. The only time they spoke to him was when they irritatedly encouraged him to “evacuate his innards.” As they didn’t want him to do so in their spaceship.

Mr. Lord responded by saying he’d already been defecating on the floor of the spaceship for the last five days.

The aliens sneered down at him with disdain and didn’t engage Mr. Lord in any further communication for the rest of the journey home.

They dumped him naked back into the reservoir in Lancashire and Mr. Lord hasn’t heard of them since.

He said, “I don’t think they’ll be coming back for me.”

Mr. Lord described his abduction as “boring” and criticised the aliens’ choice of music, which has left him with tinnitus.

He said the aliens only asked him questions about Wales and why it has such annoying town names. Mr. Lord said he responded by explaining he didn’t know, as he’s from Bolton.

But he then explained he detests the Welsh and said he offered to help obliterate Llanfairpwllgwyngyllgogerychwyrndrobwllllantysiliogogogoch for the aliens, but the wage they were offering wasn’t worthwhile.

The aliens also didn’t have any food so, over the course of the one-week abduction, Mr. Lord dined off his own dandruff. He lost seven pounds.

Overall, Mr. Lord rates the abduction experience a 2/10 and provided this review:

“I’ve had far more exciting and dramatic alien abductions than this! I was very disappointed! The aliens were more interested in Wales than they were me and didn’t even strip me naked and probe me with weird gadgets. Would not recommend.”

After careful examination of Mr. Lord’s story, we can only conclude he’s fabricating the entire event.

This is because there’s circumstantial evidence linking his activities during his supposed “abduction” to a spell in a hospital to recover from gout.

We contacted Mr. Lord’s wife to confirm this situation, to which she stated this indeed was the case. And that Mr. Lord certainly hasn’t been abducted by aliens anytime this year.

When we challenged the alleged “abductee” about this development, he became extremely defensive and threatened to “do us in”. We’ve not heard from him since.

Our verdict? A definite fake story. Alas, the would-be abductees are jealous of the interplanetary experience the likes of us have enjoyed. 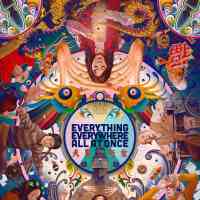