We’re big drinkers of tea at Professional Moron and experiment with the stuff with wild abandon. Herbal tea or actual tea, you name it we’ve overindulged in it: Ginger, nettle, mint, assam, green, black, white, cinnamon, dandelion – been there done that. Indeed, we’ve experimented so much we can proudly proclaim Clipper’s Assam Tea with Vanilla to be the greatest tea in the world!

Okay, so we kind of live up to the British stereotype of British people being helpless tea addicts. This isn’t the case these days – most British folk pursue coffee with far greater relish (curse you Starbucks!) to the extent we believe British culture itself may well be on the verge of imploding like that submersible driven by Michael Biehn in James Cameron’s 1989 epic The Abyss does. This is why we’ve invented Cheese Tea!

The great thing about cheese is it melts. Melting stuff is great. Chocolate melts as well, as does ice cream, and the Wicked Witch of the West also melts. Other stuff that melts includes: Ice cubes, marshmallows, margarine, butter, and the Egyptian pyramids (if they’re heated to the right temperature). Most of these we don’t deem suitable for tea, thusly we’ve settled on cheese.

Cheese tea is pretty straightforward. It’s simply cheese in a tea bag. Boil up your kettle, pour scalding hot water liberally over the wodge of cheese (we recommend cheddar) and, what ho, you’ve got cheese tea! Due to the tea bag it kind of fails a bit, unfortunately, as the cheese melts and stays in the bag, thusly denying you the tastiest bit about cheese tea. Indeed, it would be more productive to simply melt a load of cheese in a pan and drink that.

Of course there is another name for that – melted cheese. There’s a difference this time around, however, as we’ve given it a different name. It’s not very difficult when you think about it, you simpleton.

What Happens if I Add Milk?

Adding milk to cheese tea is an extremely bad idea as it can cause a fusion of alpha particles which can lead to the creation of a terrifying natural phenomenon – the Cheese Hole. This is like a black hole except you have to use capital letters for its first letters and, unlike black holes, it’s bright yellow and sucks all of the cheese from the world out of existence.

For cheese farmers this is really, really bad news as they wouldn’t be able to make anymore cheese for anyone. It also means the things which make cheese (which is milk, if you’re wondering) would be sucked into another dimension to live dramatic lives of prancing about in fields free from human interference.

Ultimately, what we’re saying here is don’t add milk to cheese tea. The fabric of reality depends upon it. You can, however, add almond, rice, or oat milk if you so feel like it. Don’t add any sugar though, FFS, what are you, 12? Cripes! 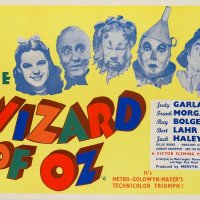