What is a Calzone and Which Time Zone is it From?

The calzone (apparently, translated from Welsh into English, means “trouser” or “stocking”… eh?!) is a pizza which is apparently a type of clothing one wears from the waist down to the ankles. It isn’t, it’s a pizza which has been flipped over so that it can receive one of the most confusing names in the food industry.

Indeed, the calzone is so special it receives a precise time zone (hence the name) of its own *(tautology there). We Googled this to make sure this was accurate but found no relevant information – based on this extensive research, we presume our wild guess to be entirely accurate and will continue this blog post confident we’re 100% correct.

What must it be like to be 99% correct? It’d be extremely frustrating, that’s what it’d be like. Can you imagine being 1% off being unequivocally correct? Sheesh. All the hard work and then that smidgen is missing. You’d swear in frustration, you would.

This is what it must be like being a calzone. You’re created, essentially, to be a pizza and yet you end up getting flipped over so that you’re regarded as a pair of trousers. Try and comprehend this: you’re made to be a pizza, but you’re denied this right, instead ending up looking like a dried out cow pat.

Not that the calzone isn’t tasty. Indeed, it’s rather nice. Kind of like a pie. Which is what it basically is – a pizza pie (piece of pie?). Jesus H Christ, this is goddamn confusing. Why did they have to make this so difficult? If you order a pizza, you want a pizza. Order a calzone and you might as well go to the Fish & Chip shop down the road for a butter pie.

You can deep fat fry a calzone, too, just in case the thing wasn’t unhealthy enough for you already. However, we prefer to use the calzone as a sort of distended boomerang which we can launch about the place with much merriment. It doesn’t come back, of course, but this doesn’t spoil the fun!

It’s believed the calzone was given a specific time zone so that it would wake up at a different time to pizza. These two, naturally, share a bitter emnity and this would only be exasperated if they shared the same kitchen space.

Rumour has it, if you let the belligerent duo share the same kitchen space you’re guaranteed some form of violent ruckus. Further rumour has it that Gordon Ramsey subversively allows the calzone and pizza pairing to mix in his kitchen in order to create rampaging brawls at which he can cackle at heartily. What a cruel man.

We don’t recommend you do this. Separate these foodstuffs as one would separate a donkey from a sabre toothed tiger. The survival of the inverted pizza trouser thing depends upon it! 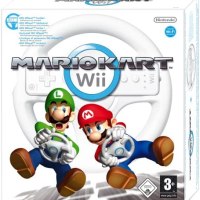