Not that we drive a car, but braking is one of the most annoying things drivers have to do. Instead of being able to continue with one’s journey, one must slow down or come to a dead stop in order to avoid plowing across something such as a roundabout and slamming into the local cake shop.

Brakes themselves are pretty dull. They tend to be these elongated things you jam your foot on and that’s about it. No one has ever thought to turn the brake into anything more interesting… until now! Indeed, by taking the humble baked potato we have invented the braked potato, which doubles up as a lifesaver and snack all-in-one!

You say “Potato!” and we say “Brake failure was the cause of the cake shop accident, guv! Honest! I’m not drunk! *HICK* Okay, so I’m a little drunk, but it was me brake, guv!” Indeed, many a time has this scenario played out across the world due to brake pedals which just weren’t bloody good enough.

Laws surrounding faulty brakes vary from nation to nation. In England, for instance, having dodgy brakes is punishable by hanging, drawing, and quartering (with the latter bit done with a sharpened brake pedal). Other nations provide brake pedal enthusiasts with a break, such as Great Britain where faulty brakes will earn you dinner with the Queen (which is viewed as ample punishment).

The braked potato changes all of this. Out of the passenger seat window will go your rusty old brake and in its place will be stuffed the good old baked potato! Indeed, all you have to do is bake a potato and jam it onto the end of the lever where the brake pedal used to be.

You’ll now find braking to be a synch! Heading at 70mph towards a brick wall? Stamp on the brake and panic insanely as the skin peels off and causes your foot to slip and jam your accelerator foot down. Don’t worry, you can take us to court over that one*!

Thankfully, the latest instalment of our invention ensures gaffs like this will reduce the number of accidents by some 90%! It was a simple oversight on our part – we’ve now smeared this updated version with superglue so your foot will be jammed to the braked potato indefinitely.

This does mean you’ll have to detach the braked potato from your vehicle and it’ll be joining you wherever you walk, glued to the bottom of your foot and causing you to hobble in an ungainly manner.

Of course, this invention does double up as a quick snack if you get hungry, but you’ll be taking in a load of superglue and stuff picked up off the floor on your adventures, so be prepared to get seriously bloody ill from this. One doesn’t normally receive food poisoning from driving, of course, but at least you now have a valid excuse for being late to work. You can also pummel other drivers with the potato in road rage incidents, should you so wish.

* We will, of course, plead insanity and get off scot-free. 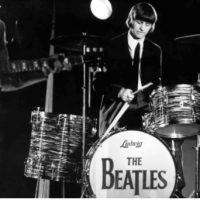 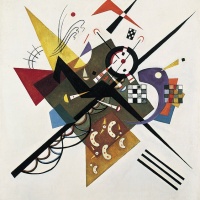