Ketchup today with an excellent post (we’re being too humble – this is the best post ever) about this legendary condiment. It’s famed for its use with various artery clogging recipes, with its tomato red colour almost as famous as the Queen of England. She, of course, is too superior to indulge in the foodstuff. But you’re a common as muck individual, so get on with finding out more about this stuff.

Essentially, it’s liquid tomato. But with lots of added salt.

It doesn’t look like a tomato. It comes in a plastic bottle, for a start, and tomatoes are usually not a single use plastic.

That’s correct, but if you were paying attention before, which you clearly weren’t, we indicated ketchup is a tomato. That’s a vegetable.

So why doesn’t ketchup look like a tomato then, clever clogs?

As it’s transformed, as with most food products, from one physical situation into another. Do you not know how stuff works? Normally, most things must receive manipulation in order to become other things. This is particularly prevalent in the world of cooking.

I sense a tone of condescension from you there… and that isn’t helped by that video, which has made me feel physically ill.

Yes, because you’re being so stupid. As for the physically ill bit… well, what did you think ketchup was? The holy elixir of eternal life?

Okay, point taken. So why is ketchup so popular if it’s so grotesque?

Well, why is anything so popular? Throw $500,000 at a marketing campaign and you’ll have a barrage of stupid people queuing to get it. Enough of them to keep you in business, in fact.

But, it does taste nice when you add it to your chips, though. My mate, Kev, bought 15 large fries from McDonald’s last week and emptied half a bottle of ketchup on them all. He then sat there and ate all of it. Afterwards, he said it was the best thing he’s ever done.

That’s some achievement. We’re sure his left ventricle agrees, too.

OKAY. SO, WHAT? YOU’D SUGGEST SOME OTHER CONDIMENT? LOL! LIKE WHAT?! HORSERADISH?

On the contrary! Whilst we do jeer openly at ketchup, we can recommend houmous. This is the solution to all of life’s woes.

Hummus is that mushy stuff libtards eat, isn’t it?

Nah, mate. I’m not touching that. I’ve got standards. Besides, I like using ketchup when I’m out pulling hot birds.

Well, I use this line on them I do, me. I go, like: “Hey babe, we should ketchup over dinner. Just me anD chew!” See, so it’s like two cute food jokes for the price of one.

How do the women react?

Usually they’re unimpressed. I guess I’m just too sophisticated for them.

Have your tried refining the chat up line with a houmous-based consideration? Perhaps restructure it: “Hello human female, would you like some houmous? It has various health benefits you’ll find reduce your overall body fat ratio, so long as you maintain a healthy diet on a long-term basis, as opposed to any fad diets you may contemplate as a quick fix.”

Mate, what was that? I’m not using that! You’re also not really answering any ketchup questions. at present, I feel a bit cheated.

First, we recommend lowering your expectations a bit there. But, sure, ketchup is useful as a fake blood option. Why not?

We just think houmous is better for that.

Hummus? It doesn’t even look like blood! Brain matter, maybe, or crap, but not blood.

Take or leave our advice. It’s up to you.

Okay, I’ll leave it then!

I will! Sheesh… you’re really hard work! Right… ok, a few more questions off the top of my head. Why is it called ketchup, anyway?

It derives from a Hokkien Chinese word: kê-tsiap. This was a type of fermented fish.

Wait… what? But you said that was about tomatoes! Are you seriously saying ketchup is a fish condiment? What a swizz!

The tomato sauce was advanced from various fish sauces. No fish is in the product. Unless a fish swam in the ketchup beforehand, which is probably uncommon.

Oh, okay… so I usually use ketchup on me chips. Can I use it with anything else?

Not really. So we suggest houmous to liven up your meals further.

You and your bloody hummus again! I’ve had enough of this crap. Sod your hummus, freak! I’m outta here.

What a humongous git. Okay, that’s the best rebuttal we could think of. And the guy’s gone now anyway and didn’t hear it. Oh well. Tune in next time for more industry-leading insights on your favourite things! 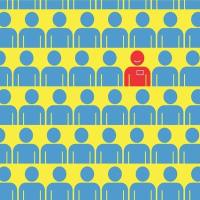 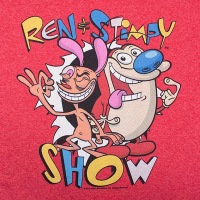