15 Classic Novels Ruined By Adding “Potatoes” Into The Title

Books and reading. And potatoes. What, that doesn’t ring a bell for you? Well, the thing with spuds is they really can liven up any occasion. And that’s why we’ve decided to ruin canonical literature with the following reimagined classic titles. Pathetic? No. Potato!

How do you have pride if you don’t have the best potato patch in the land? This fantasy epic is about the mysterious land of Potato where citizens battle to grow the best potatoes. Riveting stuff!

Epic about a crazed captain’s efforts to defeat a whale (and some spuds). Call me Ishmael? Sure. Just don’t chew with your mouth open when you’re eating some crisps.

Sense and Sensibility and Potatoes

It’s sensible to have potatoes around at all times. That’s what this 500 page novel is all about. The sense of spuds.

A Tale of Two Potatoes

Charles Dickens wrote this whilst high on potatoes. His book became a milestone of potato literature. Some copies were even made out of spuds!

Romeo and Juliet and Potatoes

Shakespear’s romantic tragedy is about star crossed lovers and their love for spuds. Why can’t two young people just love each other (and their potatoes)?! Who knows?

Epic Russian classic about war and how important potatoes are to everyday life. Gets a bit boring. But worth it for the chapters involving the humble potato.

F. Scott Fitzgerald knew just how great potatoes are. And this novel celebrates that in fine style.

One Hundred Years of Potatoes

Gabriel Garcia Marquez’s legendary fantasy novel is about a family in Columbia that suffers through 100 years of potatoes. After 101 years they move village to a turnip farm to escape the spuds. Nice one. Why didn’t they do that 100 years earlier?

This one needs no introduction. There are spuds in it. Hell yeah!

Conrad’s classic tale of a man with a heart of potatoes. How is he even alive? Because he is Marlon Brando!

Virginia Woolf’s romp about a party, with Mrs. Potatoes doing herself up as a sweet potato in defiance against normal ones. A feminist classic – it put women and potatoes on the map.

Jack Kerouac’s beat generation romp is all about life on the spuds. The writer penned it in three days on a potato bender – he often snorted it straight through his earlobes for divine inspiration. Nice one, Kerouac!

Aldous Huxley set out to make sure the world knew how brave the potato is. And he suceeded. Sort of.

Truman Capote knew just how cold potatoes could be. So he invented the microwave to eat them warm. This is what his classic work of cooking fiction is all about. 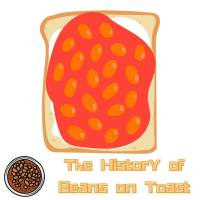