Agony Aunt: “My husband is a workaholic!”

Men are famous for being male. And a lot comes with the territory, such as being a reply guy or resorting to mansplaining.

Some geezers are proper obsessed with work. They get to be all manly and show they’re better than everyone else. But what if that affects their marriage!? We’re here to help.

Hi, Dolores! Well, your husband is clearly a workaholic, but likely also has a strain of other issues. Including:

He’s displaying the type of behaviour a lunatic portrays. Do you understand? Your husband is no longer your husband.

He’s entered the realm of full blown workaholicism, which means he is now merely a slave to menial tasks that don’t really mean anything.

Our suggestion is you take him on holiday. You live in Skegness, so that’s a fantastic start—just head off to the local beach and slather yourselves in duck fat.

Then you can go for a swim. In those murky British waters, perhaps your husband will have an epiphany and join reality again.

Either that or he’ll get more illnesses from the polluted British seawater and plunge further into a pit of mania. 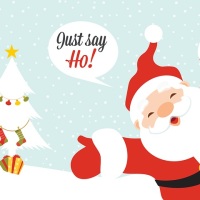