Agony Aunt: “Why is my girlfriend always upset but says she’s not?”

Human males must navigate this emotional minefield with a sense of superiority and sporadic belching. Today, we explore how to do so.

Hi, Clive. Desdemona sounds like she’s suffering from an ear infection. This can lead to confusion due to not being able to hear properly.

Ear infections are often caused by a mixture of the following:

Have you tried tried applying cold or warm compresses to her ears? Or trying naturopathic drops?

Regardless, once her ear infection alleviates she’ll be less upset.

What If It’s Not an Ear Infection?

If you’re 100% certain your girlfriend doesn’t have an ear infection, then you may have to simply face up to the harsh reality.

Your girlfriend is a pathological liar.

This may be hard to hear (no pun intended on the ear infection side), but if she’s saying “I’m fine!” to you, but she’s really not, then that’s fibbing and it’s naughty and wrong.

Worse still, by bottling up those pent up emotions she’s liable to erupt further down the line. Potentially in a psychotic fit of rage.

Ask yourself this, Clive. Do you really want to be around when your girlfriend comes at you whilst furiously wielding a copy of Cosmopolitan? WELL!?

We can assure you, being thrashed around the head with one of those things leaves some nasty emotional and physical scars.

This one is down to you, Clive. But we suggest the next time Desdemona says she’s “Fine!” then check her eardrums.

If this enrages her further, perhaps consider a divorce. All the best! 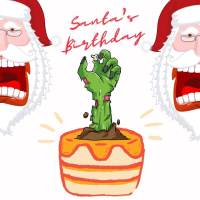 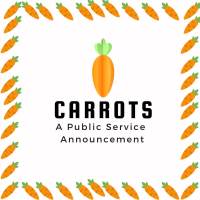